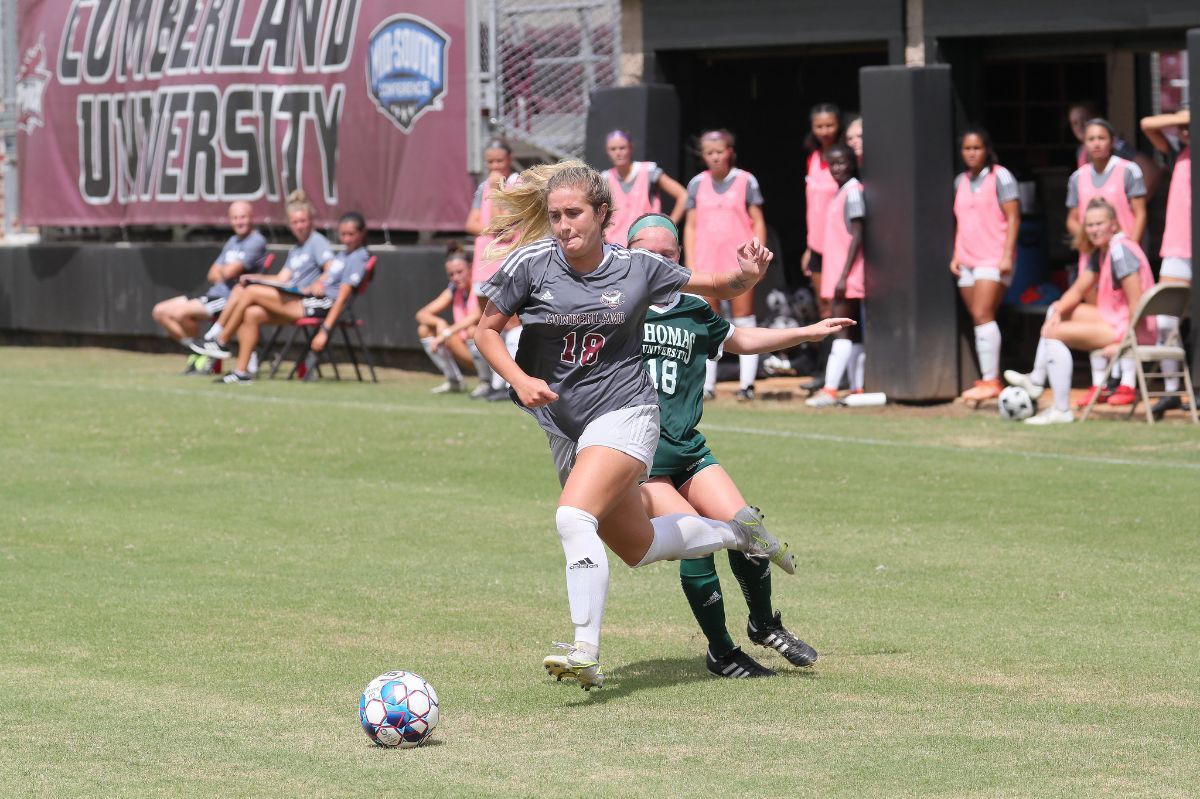 LEBANON, Tenn.--Cumberland rallied in the second half to tie the game on a Grace Morris header and would win it in the first minute of overtime as Haley Stevens header found the back of the net in women's soccer action Sunday afternoon.

Cumberland (3-1) conceded another early goal in the 15th minute as Kristen Beltestad threaded a pass outside the box to Madeline Matusik and Matusik found a streaking Madison Foshee in the middle of the box for the goal.

South Carolina-Beaufort (3-2) played strong both offensively and defensively taking 20 shots, but only six found the frame. Sabrina Graziano did not allow another goal while making five saves.

Cumberland finally got the equalizer in the 66th minute as the Sand Sharks committed a foul outside the box. Marie Bathe's free-kick went to the far post and Morris was there for directing to near posts for the goal.

South-Carolina Beaufort had a chance late in the match as Gabriella Baldo hit the crossbar and Cumberland was able to clear it away.

In the final minute of regulation, Cumberland had a corner kick that ended up with Becca Campbell outside of the box, Campbell fired a shot that missed just high.

In overtime, the Phoenix were able to end it quickly as CU capitalized on another free-kick. This time Brenna Swiger was able to find Stevens for the game-winner.

Cumberland put up 24 shots with half them on target. Beaufort keeper Mariah Ruckdeschel made 10 saves allowing two goals.

The Phoenix committed 14 fouls on the match while the Sand Sharks had 22. One yellow card was given out for each team.

Cumberland will travel to St. Louis, Missouri for a non-conference contest with Missouri Baptist this Wednesday.