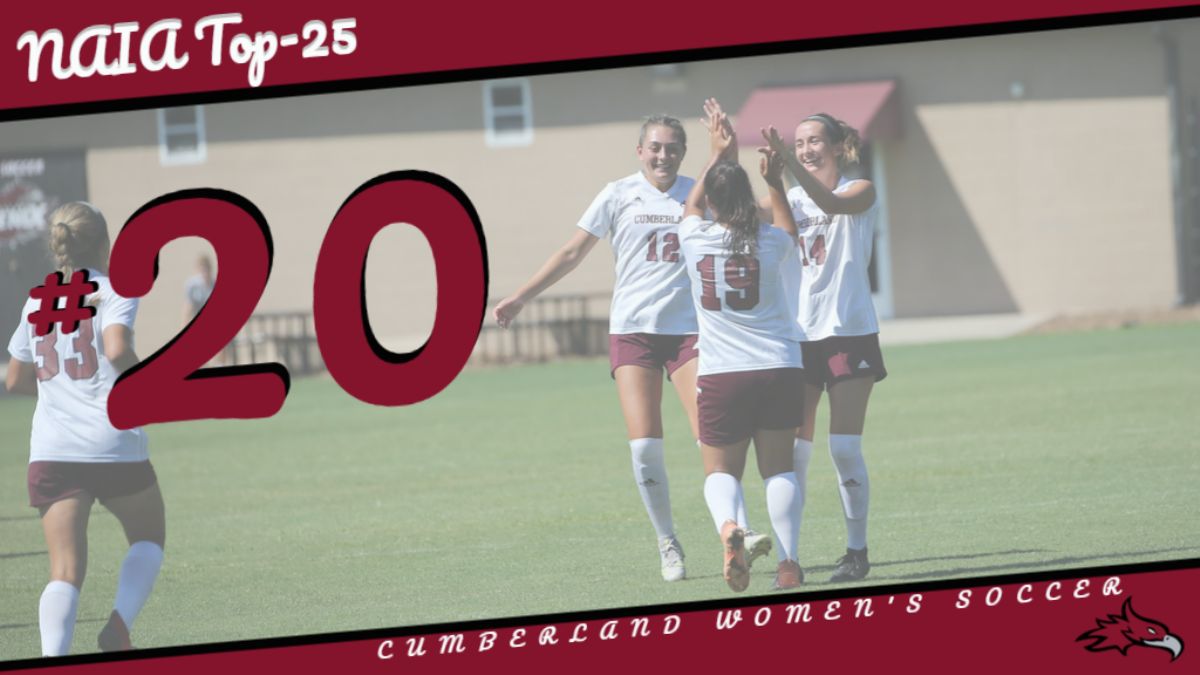 LEBANON, Tenn.--Cumberland women's soccer moves up one spot to No. 20 in the latest edition of the NAIA Top-25 Coaches' Polls, announced by the national office on Wednesday.

Since dropping a match to new No. 14 Aquinas, the Phoenix have gone 2-0 picking up an 8-1 win over Brewton Parker College and a 2-1 overtime thriller win against South Carolina-Beaufort.

The Phoenix rank inside the Top-20 in four offensive categories. Cumberland is sixth in the nation in shots per game and 13th in shots on goal with 64 in four games. The Phoenix have posted 17 assists for seventh-best in the NAIA and are 16th in total shots.

Three other Mid-South Conference teams are in the Top-25 Polls led by Tennessee Southern at No. 3. The University of the Cumberlands (Ky.) sits just behind the Firehawks at No. 6. Lindsey Wilson (Ky.) moved up four spots to No. 12.

The Top-5 remains unchanged as Keiser (Fla.) and William Carey (Miss.) are No. 1 and No. 2. Tennessee Southern has moved up to No. 3 while Spring Arbor (Mich.) is No. 4 and Southeastern (Fla.) has jumped up to one slot to fifth.

CU is set to take on Missouri Baptist today on the road for the first meeting between the two teams.