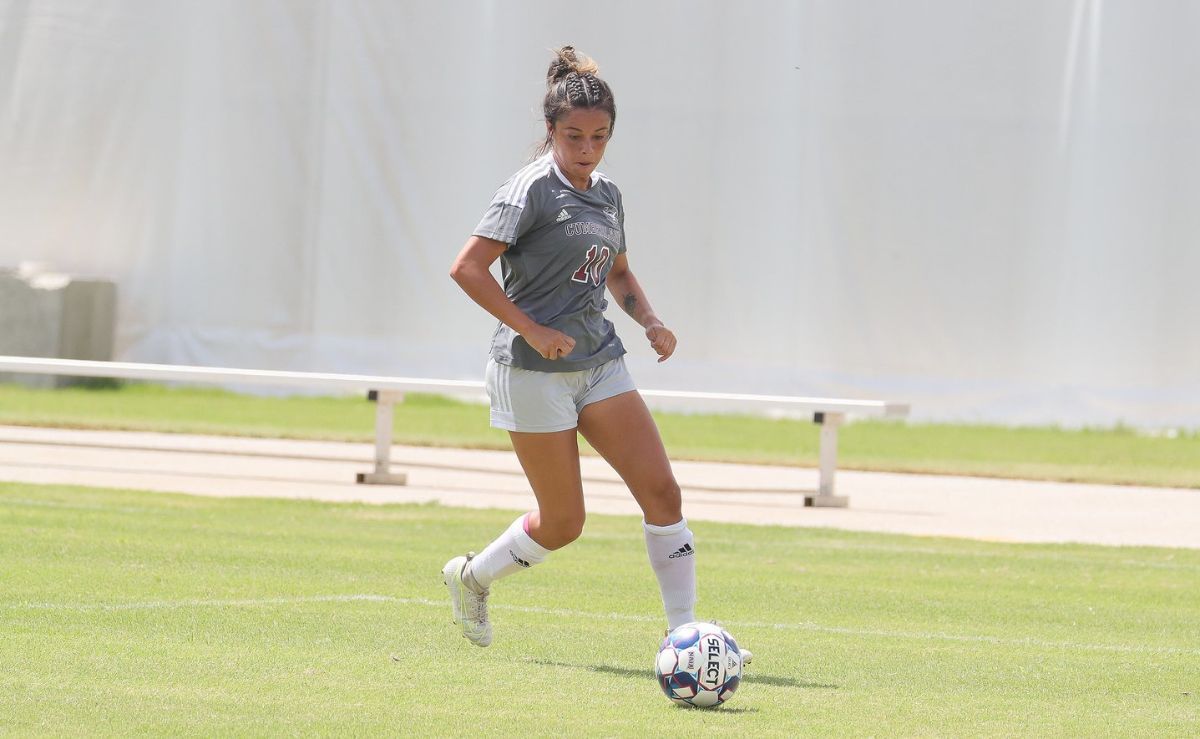 Jennifer Segura had a fantastic performance, recording two goals and an assist in the match (Credit: Steve Wampler)
Cumberland at Missouri Baptist | September 15, 2021

Cumberland fell 1-0 early in the match on a goal from Gianna Gore of Missouri Baptist. The goal came in the 16th second of the match after the Spartans worked their way down the pitch.

The Phoenix were quick to answer, though, as Haley Stevens found the back of the net off a pass from Kayla Travis in the sixth minute of the match.

The score remained tied until Ella Tuplin scored off a pass from Jennifer Segura to give the Phoenix a one-goal advantage in the 37th minute.

Cumberland struck fast on their next goal with a cross from Marie Bathe to Jennifer Segura in the 38th minute. The goal gave the Phoenix a 3-1 lead heading into the half.

Cumberland kept up their aggressive attack into the second half which resulted in a quick strike from Travis in the 53rd minute.

Jennifer Segura added her second goal of the game off an assist from Haley Stevens to the scoreboard for the Phoenix in the 60th minute to increase the advantage to 5-1. The goal marks her fifth of the season.

Remi Clarke joined the scoring frenzy with a backward kick off a header from Becca Campbell to make the score 6-1 in the 80th minute.
Freshman Ayline Mateos scored the first goal of her career on an assist from Clarke in the 81st minute. The Phoenix won the match by a final score of 7-1.

Six different members of the Phoenix scored in the offensive onslaught. The Cumberland defense held strong after the early mishap and only allowed Missouri Baptist to take three shots and one shot on goal.

On the other end of the pitch, the Cumberland attack had a phenomenal performance with 23 shots and 16 shots on goal overall. Both teams ended the game with three yellow cards apiece.

The Phoenix take the field on Tuesday, Sept. 21 in their Mid-South Conference Opener at home against the sixth-ranked University of the Cumberlands at 1 p.m.