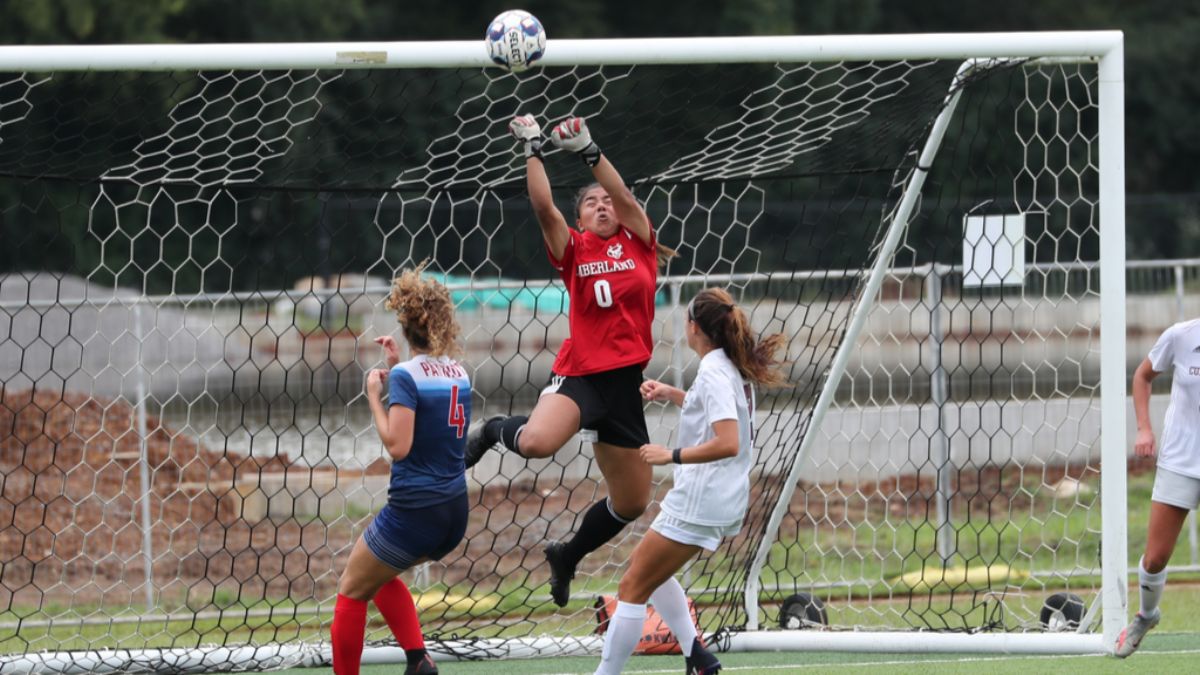 Cumberland keeper Sabrina Graziano makes a save in the draw against the Cumberlands. (Credit: Bob Tamboli)
Cumberlands at Cumberland | September 21, 2021

MURFREESBORO, Tenn.--Cumberland conceded the first goal of the match in the second half, but scored the equalizer off a free-kick to push the game to extra time before it ended in a 1-1 draw.

Cumberland (4-1-1) outshot the Patriots in the match 25-14 while CU put nine shots on goal to the Patriots four.

The Patriots (6-0-1), ranked No. 6 in the NAIA, have blown past the rest of the competition up to this point including defeating three ranked teams. Cumberlands keeper Georgia Martell made eight saves in the match.

The Phoenix and Patriots battled in the first half as Cumberland was able to put up 14 shots. Brenda Cernas hit the post in the final seconds of the half, but neither team had many goal-scoring chances.

The Cumberlands finally broke through in the 51st minute as Becca Campbell committed a foul just outside of the right box. Olaya Blanco crossed it on the free-kick to Jayden Boelter who headed it past CU keeper Sabrina Graziano.

Cumberland scored the equalizer on a similar play as Kayla Travis took a free-kick from the top of the box and buried a goal in the 82nd minute.

Cernas again hit the crossbar as time was expiring on regulation to send it in to overtime.

In the first overtime period the Patriots had another opportunity on a free-kick to score, but Grace Morris headed it away from trouble and send it to the second overtime.

Both teams fired shots in the second overtime period, but neither team could score ending the match in a 1-1 draw.

The Phoenix will be at home on Saturday to take on Life University at 1:00 p.m.