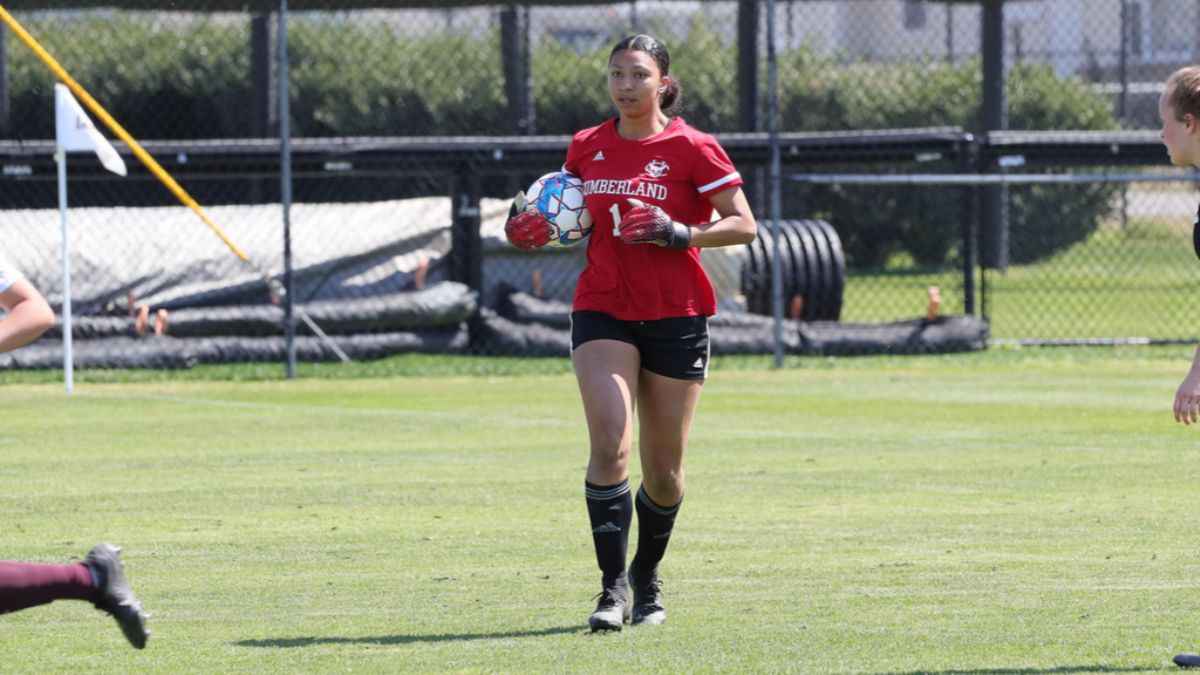 Savanna Stubbs makes her first start of the season in a 2-1 OT win over Bethel. Credit: Steve Wampler
Cumberland at Bethel (TN) | September 29, 2021

MCKENZIE, Tenn.-- Macy Douglas records her first two goals of the season to help the Phoenix come out with a win against the Bethel University Wildcats.

Cumberland (6-1-1) outshot Bethel 19-15 with Savanna Stubbs recording six saves for the Phoenix. Cumberland applied pressure all night as they had almost double the number of shots on goal as Bethel with 13-7.

The first half of action featured a lot of shots on goal for both teams but neither team was able to connect for a goal. Bethel was able to outshoot Cumberland 8-7 but the Phoenix applied more pressure by having six shots on goal compared to only four by the Wildcats.

Savanna Stubbs got her first start of the season in goal and recorded a total of four first-half saves to help keep the score tied throughout the half. Cumberland forward, Kayla Travis, tallied four of the Phoenix's six shots on goal to open up the game.

Bethel missed on a great opportunity late in the first half after a bad Cumberland pass out of the goal. The Wildcats had an open field breakaway before Becca Campbell was able to clear it away to keep the score tied at 0-0 going into the half.

Out of the half, Bethel had a very quick scoring opportunity when a shot was deflected by Stubbs, bounced back to the Wildcats. They passed it forward and put it in the net for what they thought would be the first goal of the game. Fortunately for the Phoenix, the goal ended up being waved off due to an offsides penalty to keep the score tied 0-0 with 41 minutes remaining in the second half.

Bethel took a shot that was again deflected by Stubbs, this time Stubbs was not able to corral it as Ashari Bowen scored on the empty net to take a 1-0 Wildcat lead.

With ten minutes left in the 2nd period, Cumberland tied up the game at 1-1 after Jennifer Segura was able to set up Emma Lucas for a cross resulting in Macy Douglas crashing in for a goal. Jennifer Segura and Emma Lucas both recorded an assist on the play to help give Douglas her first goal of the season.

Halfway through the first overtime period, Douglas found the net again for her second goal of the game and the season. The goal came after a throw-in to Brenda Cernas was passed upfield to Jennifer Segura who crossed it over to Douglas for the win.

Cumberland will be back at home Saturday, October 2nd at 1 pm when they take on the Freed Hardeman Lions.