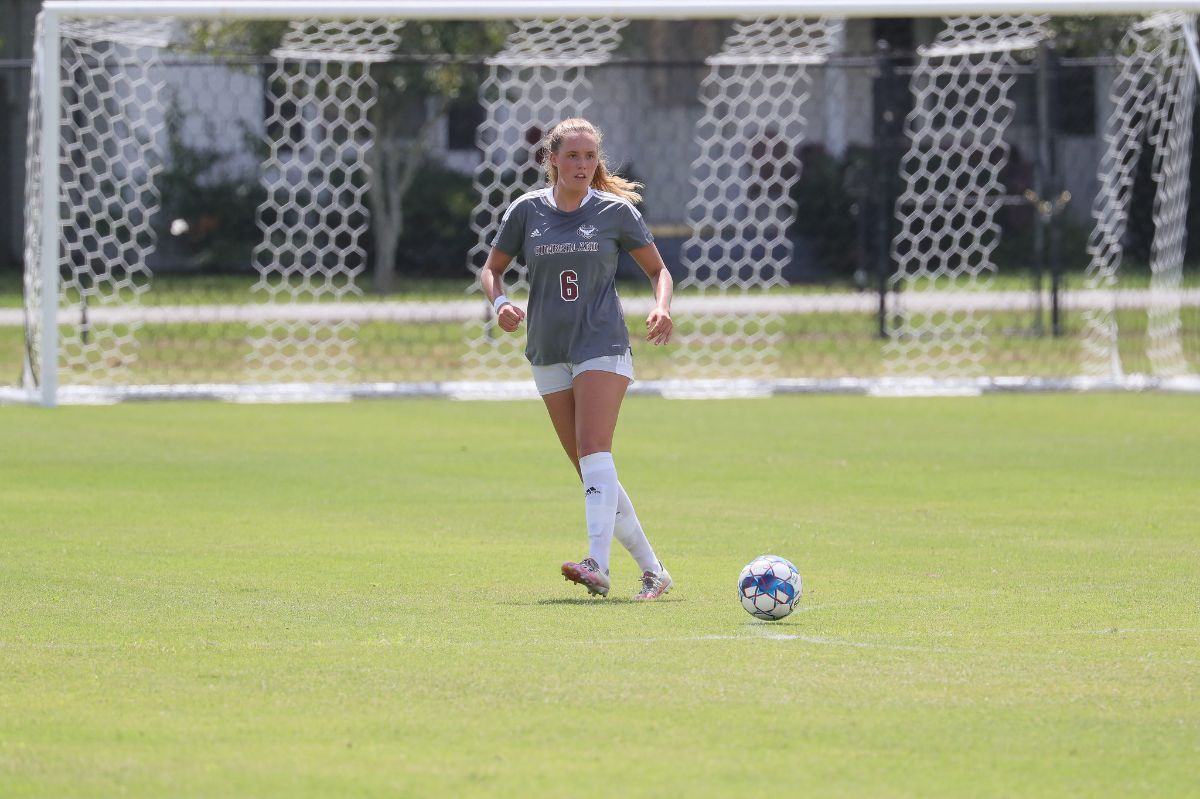 Cumberland (7-1-1) did not allow a single shot attempt in today's matchup against Freed-Hardeman. The Phoenix outshot the Lions 53-0.

Cumberland got off to a hot start in the first half against Freed-Hardeman. The Phoenix applied constant pressure to the Lions by registering 25 shots and not allowing a single first-half shot from Freed-Hardeman.

Cumberland struck early in the contest after Grace Morris scored her third goal of the season only one minute into the game. Marie Bathe recorded the assist on the play for her eighth assist of the year.

The Phoenix extended their lead to 2-0 after a goal by Brenda Cernas in the 12th minute assisted by Julia Kaset and Brenna Swiger.

Cumberland struck again with 38 minutes remaining in the 2nd half after Haley Stevens found Mollie Gidney across the middle for the Phoenix's third goal of the game to give the Phoenix a 3-0 lead.

The Phoenix found the net for the fourth time after a goal by Marie Bathe. Brenda Cernas collected the assist on the play and extended the Phoenix lead to 4-0.

Graces Morris collected her second goal of the game off of a corner kick by Marie Bathe in the 57th minute of the game to give Cumberland a 5-0 lead over the Lions.

Cumberland will be on the road Friday, October 8th as they take on the University of Pikeville.