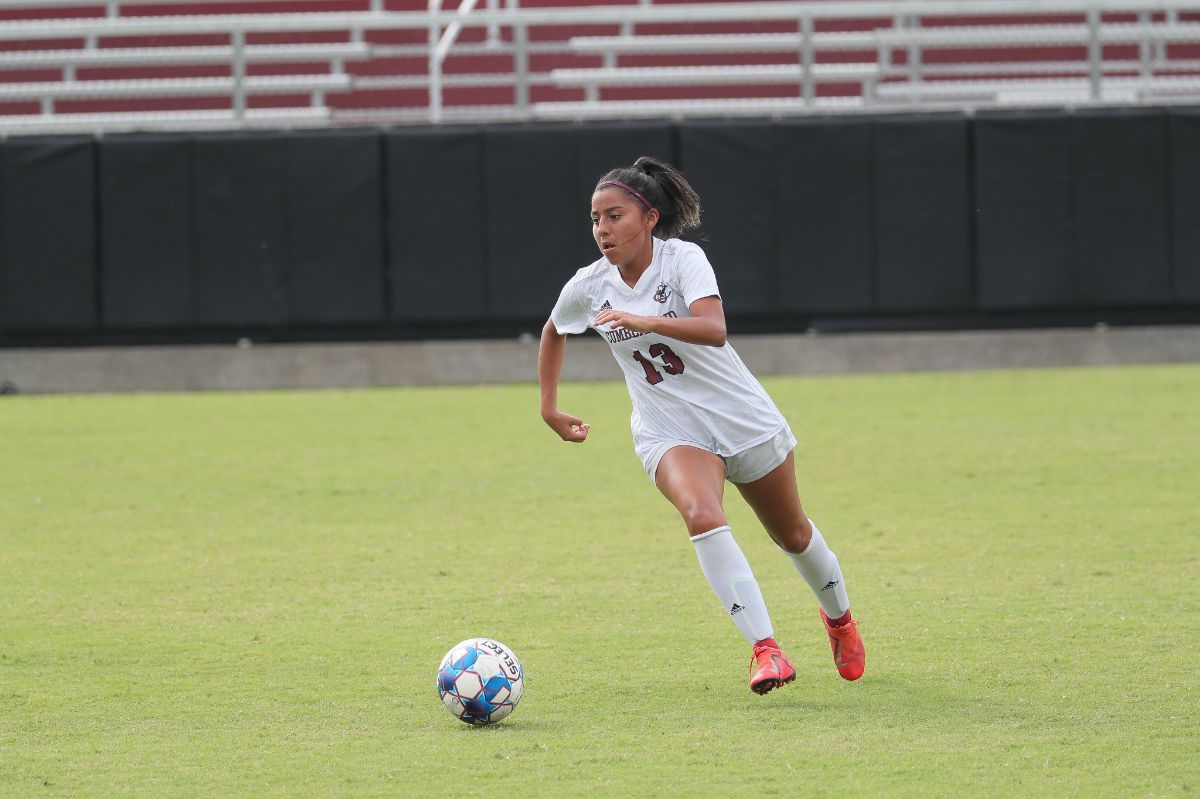 PIKEVILLE, Ky.--No. 18 Cumberland had their most dominant offensive showing of the season scoring 10 goals in a rout of Pikeville on the road Friday afternoon.

Cumberland dominated the ball all game firing 46 shots to Pikeville's five. CU posted 28 shots-on-goal while four of the Bear's shots were on target. Savanna Stubbs earned the start in net and made four saves.

Phoenix scored early as Gabby Jones fired a shot off the crossbar, but Brenda Cernas was in the right place at the right time to slotted the ball off the right post and in the net after just nine minutes of action.

Haley Stevens scored the second goal of the match in the 18th minute. Cumberland threw it into Cernas by the near post and Cernas dropped it back to Stevens in the middle of the box who fired the goal.

Cumberland score the third goal on a quick counter, the defense won a 50/50 ball and Julia Kaset threaded a nice ball behind the backline to Stevens for her second goal of the match.

Macy Douglas swiped a pass outside of the box and centered it to Evelyn Jimenz who beat the keeper past the right post to give Cumberland a 4-0 lead with six minutes left in the first half.

The Phoenix added another goal just before halftime as the Pikeville keeper committed a foul in the box giving Cumberland a penalty kick. Becca Campbell buried the penalty shot.

In the second half, Stevens played a ball up to Cernas at the top of the box and she made a move and flicked it into the corner of the far post for her second goal of the match and a 6-0 lead.

Kenzi Vetter joined the scoring parade in the 73rd minute off an assist from Ella Tuplin. Tuplin played the ball back to Vetter and she fired a shot from 35-yards out to score the goal.

Five minutes later, Tuplin found the back of the net as the Phoenix were pressuring the box, Emma Lucas took a cross and passed it to Tuplin crashing the goal for the quick shot and score.

With six minutes to play, Brenna Swiger fired a shot that Pikeville keeper saved, but Jimenez was in the right place for the rebound and scored her second goal of the match.

Just before full time, Douglas made a cross to Jones in the box and Jones made a nice play to control and fire the shot for the final goal of the match for the Phoenix to win 10-0.

Cumberland will stay on the road on Sunday to take on Shawnee State in Portsmouth, Ohio at 11:300 a.m.