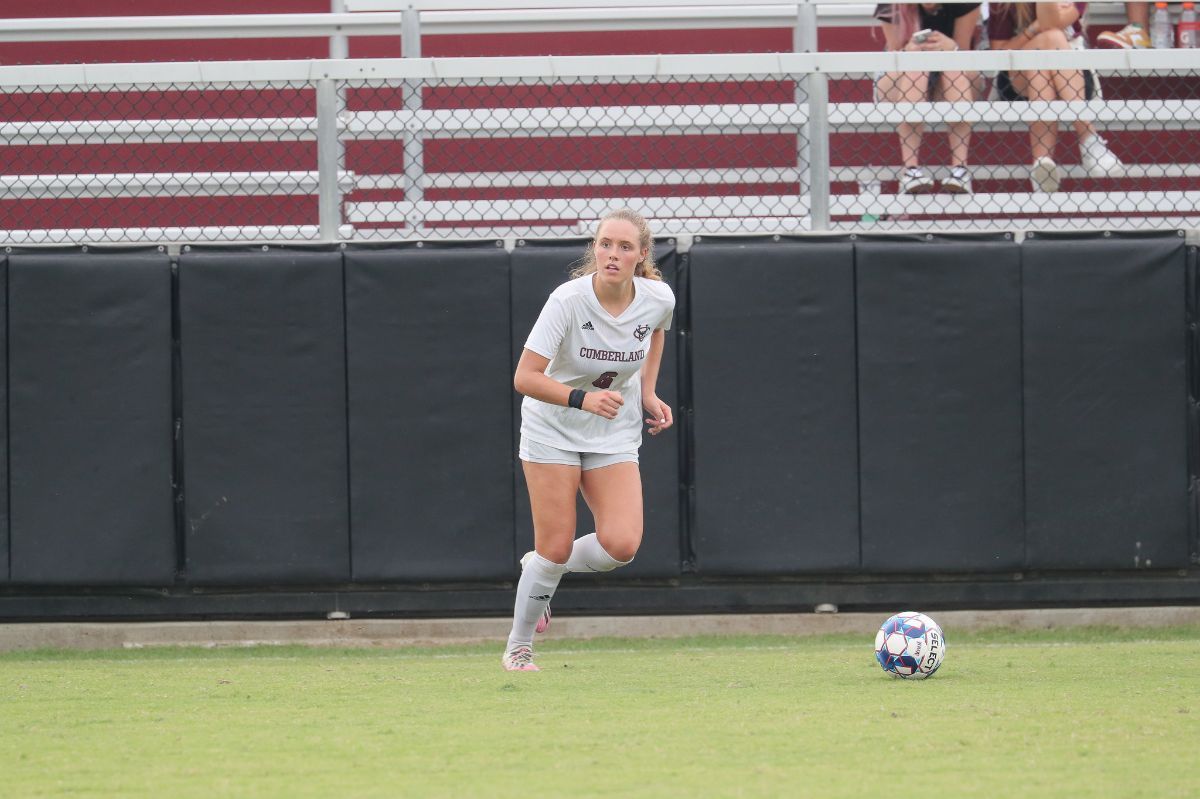 PORTSMOUTH, Ohio--Cumberland women’s soccer scored twice in the second half to escape Portsmouth with a road win over Shawnee State, 2-0.

No. 18 Cumberland (9-1-1, 501 MSC) remains undefeated in conference action despite the Bears giving Cumberland a fight to the end. Cumberland controlled the pace of the game, despite not being able to put away shots in the back of the net. Cumberland fired 24 shots with 13 being on target.

The Phoenix recorded 10 first-half shots with six on goal. Shawnee State keeper Shelbie Ritchie continually was in the right place in the first half.

Shawnee State did get one shot off in the 15th minute that Cumberland keeper Sabrina Graziano was easily able to save.

Jennifer Segura had an opportunity in the 22nd minute, but her shot went off the post and was cleared away.

Just before the half ended, off a set-piece the ball was placed at the back post for a slew of Phoenix crashing the goal. Grace Morris was able to get a shot off, but it also hit the post. The half ended moments later tied at 0-0.

Out of the half, Cumberland struck quickly on a corner kick. Marie Bathe placed the ball in the middle of the box and this time Morris was able to head it above Ritchie's reach into the goal for the first score of the match.

The Phoenix continued to pressure the goal off of corner kicks and shots, but could not extend the lead out further.

Shawnee State made a push for the equalizer in the 70th minute taking two corner kicks and one shot, but Cumberland's defensive efforts kept the Bears from scoring each time.

Cumberland had a great chance late as Macy Douglas made a move to get away from the keeper and fired a shot to the net, but a Shawnee State defender was there to clear it out.

With two minutes remaining, the Phoenix pushed in their second goal after a foul in the box. Becca Campbell nailed the penalty kick and Cumberland escaped Portsmouth with a 2-0 win.

Cumberland keeper Sabrina Graziano made three saves to improve her record to 7-1-1.

Cumberland will return home on Wednesday to take on Thomas More at 1:00 p.m.