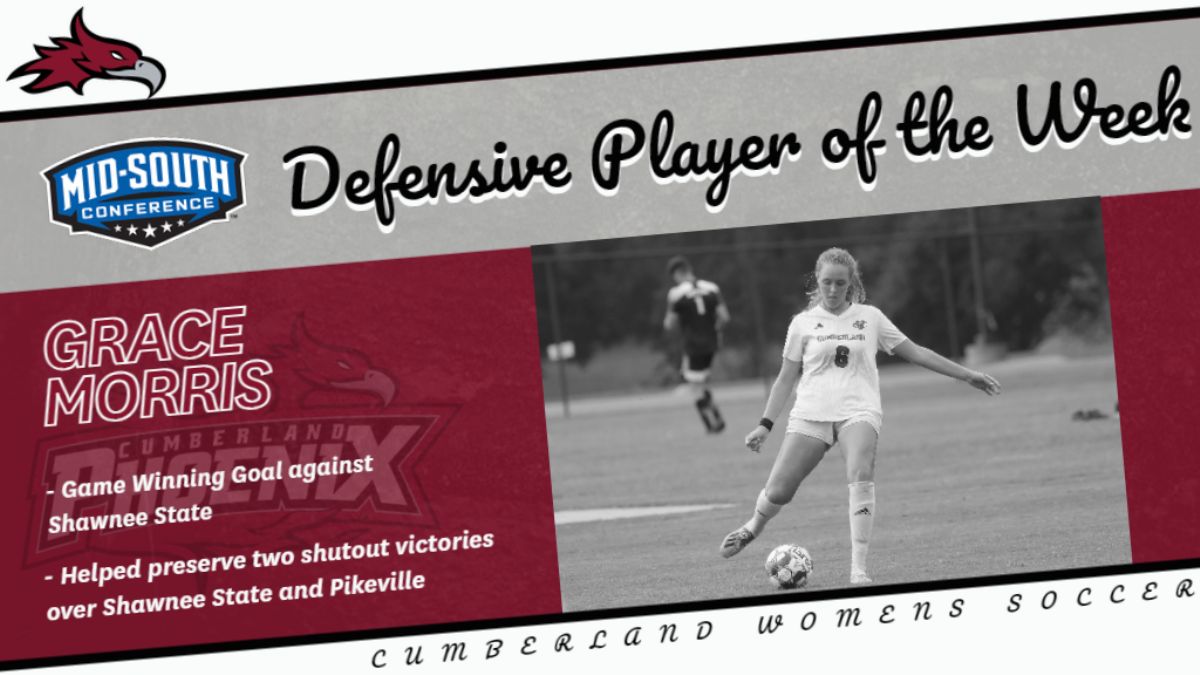 The freshman Llandysul, Wales, native, was a big part of Cumberland's two shutout victories over Pikeville 10-0 and Shawnee State 2-0 last week. The backline held both teams to a combined 11 shots in the two outings. She also scored the game-winning goal over the Bears on a header following a corner kick, her fifth goal of the season.

This is Morris's first career MSC Defensive Player of the Week award.