October 13, 2021 at 1:00 PM
Lindsey Donnell , Lebanon, Tenn.
Attendance: 0
Recap Boxscore
The Phoenix dominate after the half winning 6-0 over Thomas More 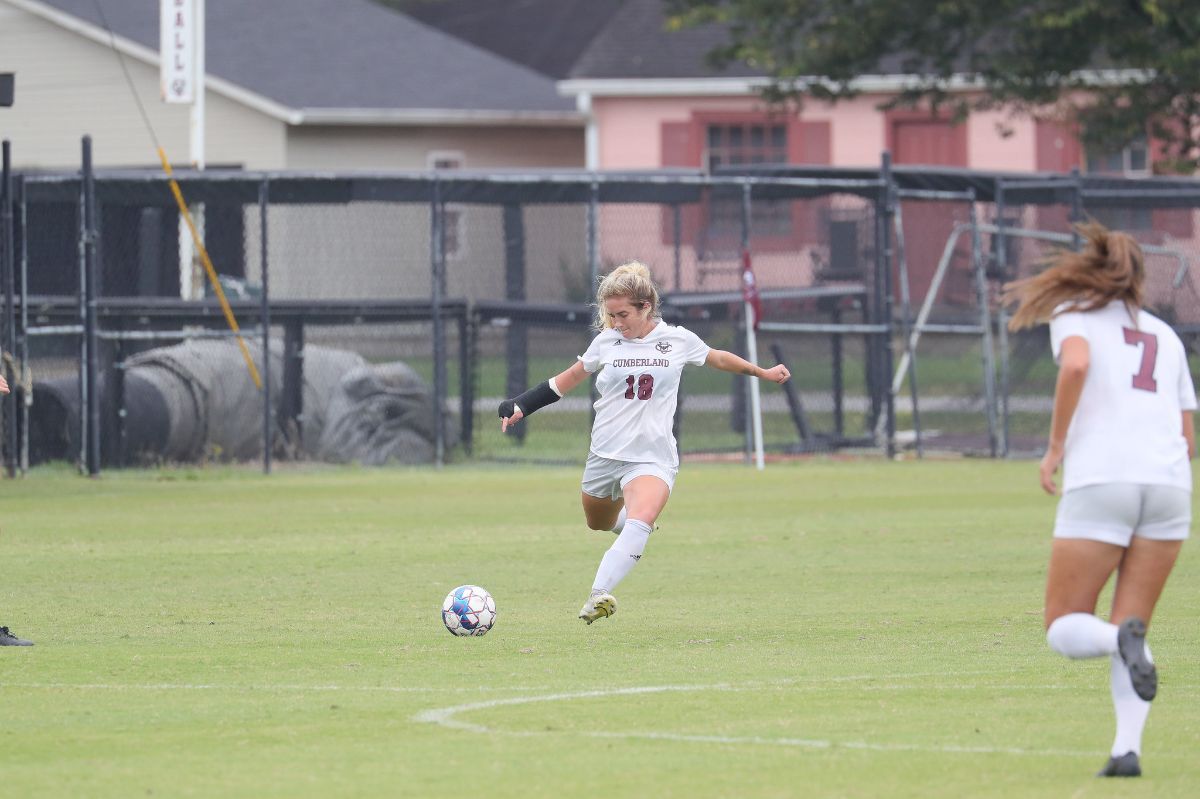 LEBANON, Tenn.-- Cumberland women's soccer rallied for five goals in the second half to win 6-0 over Thomas More University.

Cumberland (10-1-1) outshot the Saints 32-2 in the match. The Phoenix did not allow a single shot to be registered in the second half of the game.

The Phoenix outshot the Saints 10-2 in the first half of the match while registering four shots on goal.

Midway through the first half, Cumberland took a 1-0 lead over Thomas More after Brenna Swiger made a throw-in pass to Brenda Cernas at the top of the box allowing Cernas's shot to sneak over the Saints goalkeeper with 21 minutes remaining in the first half.

The Phoenix had another great scoring opportunity with eight minutes remaining in the half with an open goal. Gabby Jones rocketed a shot with a defender trailing closely behind that ricocheted off of the right post.

The Phoenix quickly extended their lead one minute into the second half after Brenna Swiger finds Haley Stevens at the top of the box for a goal to make it a 2-0 Phoenix lead.

Cumberland struck again off of a corner kick by Marie Bathe that found Becca Campbell who completed the cross pass to Haley Stevens for her second goal of the game to take a 3-0 lead over the Saints.

The Phoenix extended their lead even more for a 4-0 lead after Emma Lucas completed a pass across the field to Brenna Swiger who took a huge kick for a long shot and goal.

Becca Campbell recorded her fourth goal of the season off of a pass across the box from Julia Kaset to give the Phoenix a 5-0 lead.

Macy Douglas added another Phoenix goal for her third of the season off of an assist by Grace Morris to give Cumberland the 6-0 lead and win.

Cumberland will be back at home this Sunday, October 17 for senior day against Georgetown College.