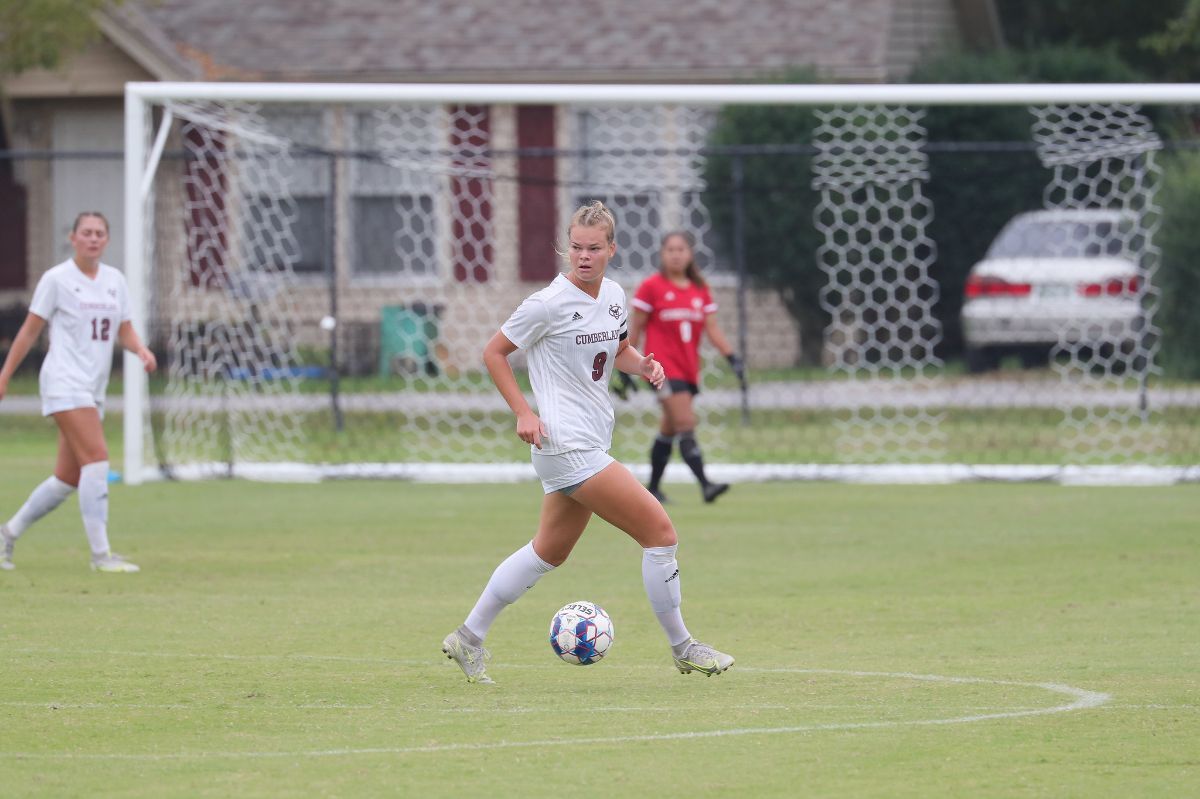 Cumberland (11-1-1, 7-0-1 MSC) controlled the pace of the match from the opening kick. Cumberland notched three goals in both halves as The Phoenix outshot the Tigers 36-6 on the match with 17 shots on goal. Marie Bathe posted two goals with an insane goal off a corner kick and two assists in the match. Seniors Haley Stevens and Kayla Travis also notched goals while Brenna Swiger and Gabby Jones scored their third and fourth goal of the season, respectively.

Savanna Stubbs received the start and had an easy day in net having to make just one save. Ameryn Hudgens finished the final 20 minutes in net facing three shots all off target.

The Phoenix got on the board early as Marie Bathe expanded her season assist to 11 with a well placed ball at the top of the box. Haley Stevens picked it up and made a move to get past Georgetown keeper Kacy Zimmerman for an empty-net goal.

In the 23rd minute, Cumberland scored their second goal as Marie Bathe played a long ball for Jenifer Segura. Segura headed it over to Kayla Travis and Travis chipped it over the keeper for the goal.

Four minutes later, Emma Lucas slotted the ball forwarded to Travis and she past it over to Gabby Jones at the back post for an easy goal for Cumberland and 3-0 Phoenix lead.

Cumberland extended the lead in the second half, after a series of nice passes around the Tigers backline Bathe was able to fire a clear shot to beat Zimmerman by the near post, assist to Remi Clarke and Jeniffer Segura.

In the 61st minute, Brenna Swiger scored her third goal of the season as Brenda Cernas had the ball in the corner and made a nice move going in-between the defenders legs to get around her and crossing it to Swiger for the goal.

Four minutes later, Bathe lined up for the corner kick and curved it into the net to give Cumberland their final goal of the match.

The Phoenix will have to go through the Top-3 teams in the Mid-South Conference their next three matches starting with No. 13 Campbellsville on Wednesday at Campbellsville. The match is set to start at 5:00 p.m.