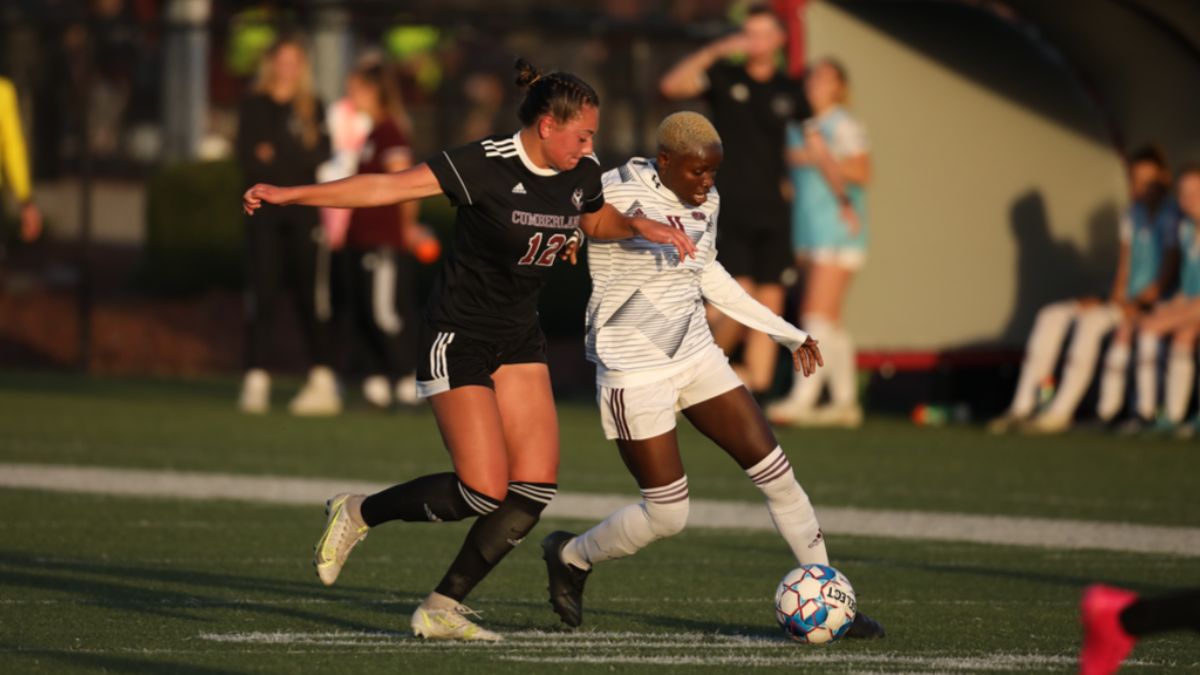 CAMPBELLSVILLE, Ky.--The Phoenix jumped out to a 2-0 lead in the first half, but could not hang on to it as No. 13 Campbellsville scored three second-half goals to win the Top-25 showdown.

Cumberland (11-2-1, 7-1-1 MSC) scored two goals in the first half to jump out a quick lead, but mistakes down the stretch helped the Tigers regain the lead late and hold on to win.

Campbellsville (12-1-0, 8-0-0 MSC) scored two quick goals in the second half, Sangmin Cha scored the first goal, an own-goal by Cumberland tied it, and a penalty kick gave the Tigers the lead and the win.

The Tigers posted more shots than Cumberland, the first time this has happened in any match all season. Campbellsville had seven shots on goal to Cumberland's four. Keeper Savanna Stubbs notched four saves in the match and allowed three goals.

The Phoenix opened up the scoring in the 10th minute on a quick counter-attack. Cumberland made an outlet pass to Ella Tuplin and she drove it up the Campbellsville side of the field. Tuplin passed it to Jennifer Segura in the middle of the field and Segura fired a shot into the upper corner of the net for the goal.

Five minutes later, Marie Bathe collected a loose ball and fired a shot from deep with a Campbellsville defender on her to extend the lead to 2-0 after just 16 minutes.

Campbellsville had a chance to get one back before the half ended, but the header from Lina Berrah missed just high and Cumberland took a 2-0 lead into the half.

Out of the break, the Tigers were the aggressors early on getting both goals back in a matter of four minutes. Campbellsville scored a goal from Sangmin Cha in the 48th minute and an own-goal by the Phoenix tied it in the 50th minute.

In the 76th minute, Campbellsville drew a penalty shot after Cumberland committed a foul in the box. Jenna Croteau beat Stubbs to the right side of the net to give the Tigers the lead in the match.

Cumberland fought, but could not get a shot off in the final minutes to take their first loss in conference action this season.

Cumberland will be back at home this Sunday at noon to take on No. 11 Lindsey Wilson College.