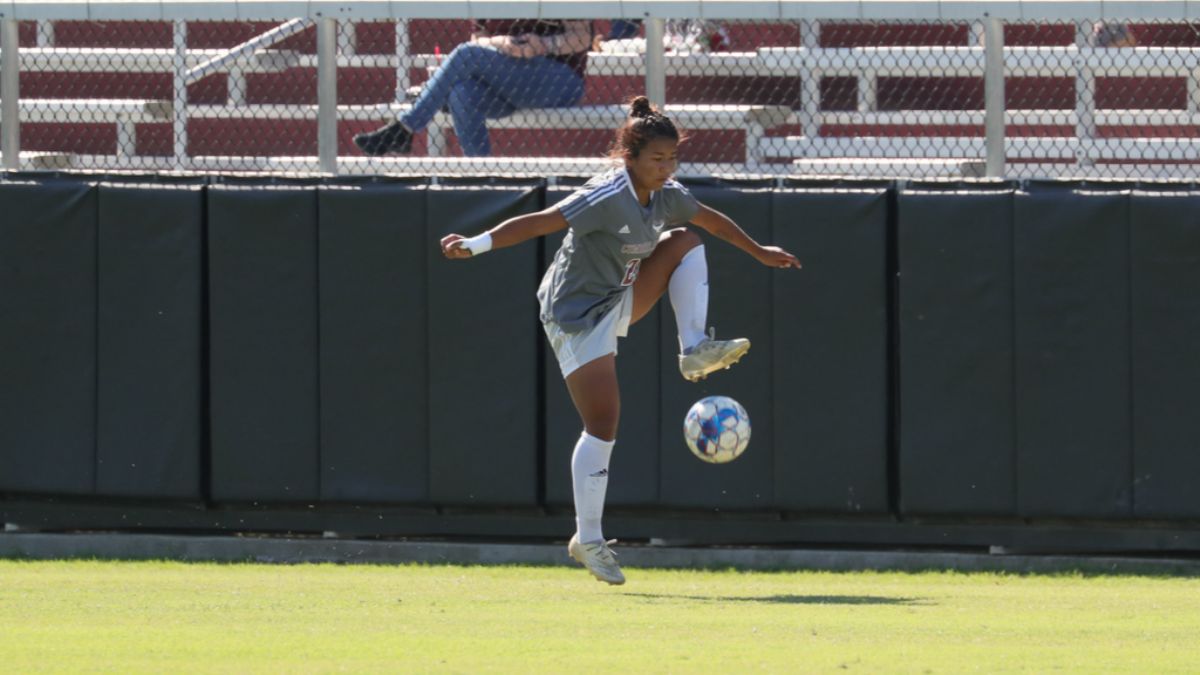 PULASKI, Tenn.-- Cumberland women's soccer completed the road upset over #3 Tennessee Southern to give them their first loss of the season thanks to goals by Haley Stevens and Brenda Cernas.

Tennessee Southern controlled possession in the box for almost the entire opening 20 minutes of the game firing off multiple shots and corner kick opportunities. The Phoenix were able to stop every first-half attack and even found a few scoring opportunities of their own later into the half that were shut down by good Firehawk defense.

Sabrina Graziano made a few very impressive saves early in the game against Tennessee Southern. Graziano pounced on Firehawk shots for two diving saves along with a jumping save that ricocheted off the top of the crossbar for three first-half saves.

The Firehawks found themselves with a quick scoring opportunity with just over 38 minutes remaining in the second half when a powerful shot by Keito Ido rattled off the crossbar.

Tennessee Southern struck first with 36 minutes remaining off of a header by Estelle Badoedana Ekada coming from a corner kick by Suzuho Yamasaki to give the Firehawks a 1-0 lead over the Phoenix.

The Phoenix tied the game back up 1-1 after an unassisted goal by Haley Stevens who fired a shot from the top of the box that snuck right over the Firehawks goalie's outstretched hand.

The Phoenix took their first lead of the game after a shot by Brenda Cernas from the top left corner of the box connected into the back of the net to give the Phoenix a 2-1 lead with one minute remaining in the game.