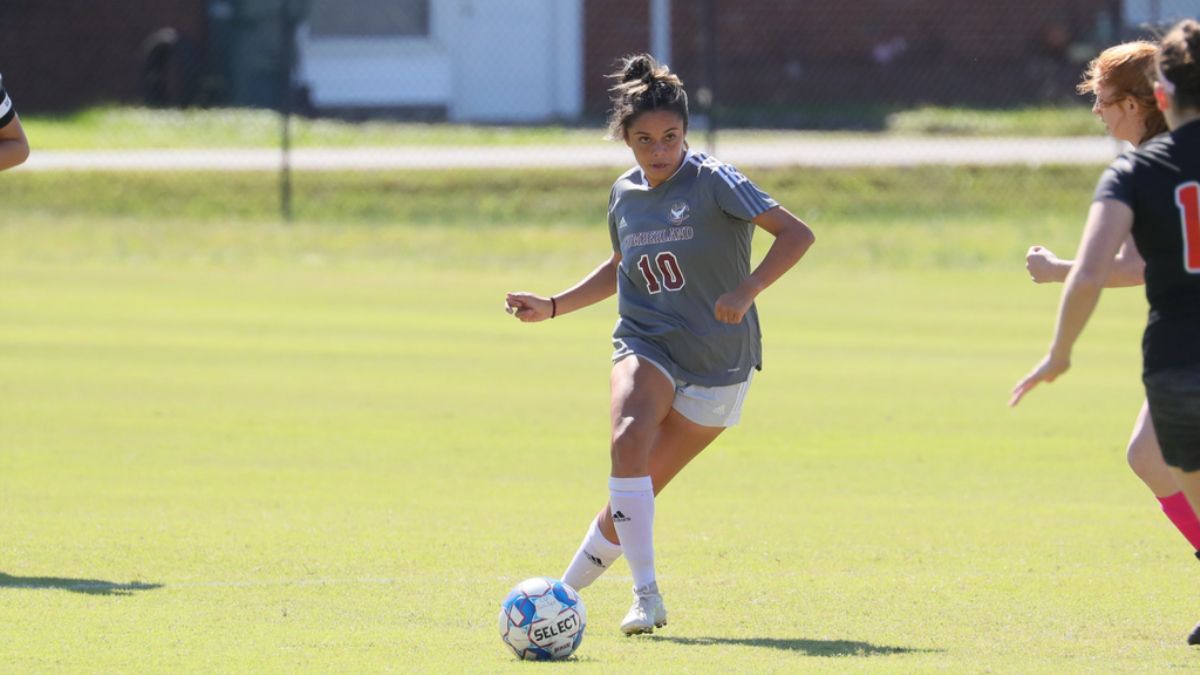 LEBANON, Tenn.-- Cumberland wins the Mid-South Conference Quarterfinals matchup against Life University by a score of 4-2.

The Phoenix were outshot 18-7 by the Running Eagles but it did not make a difference on the scoreboard as Cumberland connected on all four of their shots on goal.

Cumberland wasted no time striking first in the seventh minute when Brenda Cernas fired a shot that ricocheted off of the cross-bar but luckily Jennifer Segura was there for the rebound and connected for the first goal of the game.

We did not see a lot of action for almost 20 minutes when Life answered with a goal of their own off of a free kick in the 25th minute by Mathilde Sletner to tie the game at one goal apiece.

Cumberland answered with two minutes remaining after Jennifer Segura recorded her second goal of the match. Ella Tuplin threw the ball in over to Brenda Cernas who found Jennifer Segura deep inside of the box for the goal and the 2-1 Phoenix lead.

The Phoenix started the second half right where they left off as Haley Stevens completed a pass up to Macy Douglas for a Phoenix goal to extend their lead to 3-1. Douglas made a few very impressive dribble moves to get around multiple Life defenders leading up to a strong kick for the goal.

Life University cut the Phoenix lead down to 3-2 in the 72nd minute after a goal by Amiyah Robinson assisted by Alexandra Collighan and Thora Hreggvidsdottir.

Cumberland took a 4-2 lead in the 85th minute after an own goal by Life University.

Cumberland went on to win by a score of 4-2 over Life University. With this win, Cumberland moves on to the Mid-South Conference Semifinals. The Phoenix will take on the winner of Tennessee Southern and Shawnee State University.