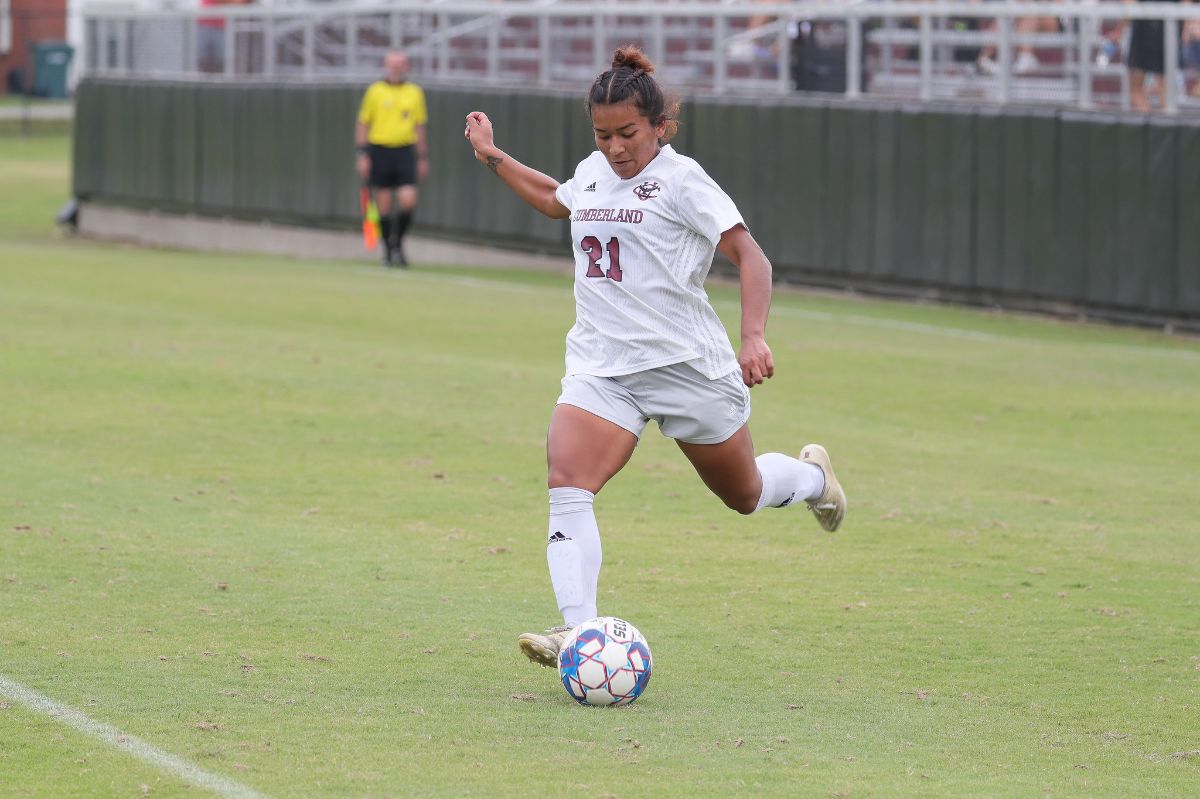 Brenda Cernas recorded three shots with one on goal in the match (Credit: Steve Wampler)
Cumberland at Tennessee Southern | November 10, 2021

The first half of the game was very close between the two teams as the game went into the first half scoreless. The Phoenix had six shots on goal to the 8 of the Firehawks, although both teams recorded one shot on goal in the first half.

After the half, the Firehawks came out of the locker room with a lot of energy.

Tennessee Southern's Estelle Badoedana Ek scored the lone goal of the game in the 56th minute. The goal occurred after Mackenzie Stroebel fired a shot on CU keeper Savannah Stubbs that she saved but left the rebound floating in the air. Badoedana Ek finished off the play with a header into the back of the net to take a 1-0 lead.

Leading the way individually for the Phoenix was Haley Stevens, with four total shots in the match. Brenda Cernas, Emma Lucas, and Marie Bathe recorded the shots on goal for Cumberland. Savannah Stubbs had a solid match for the Phoenix in net as she made eight saves on nine shots.