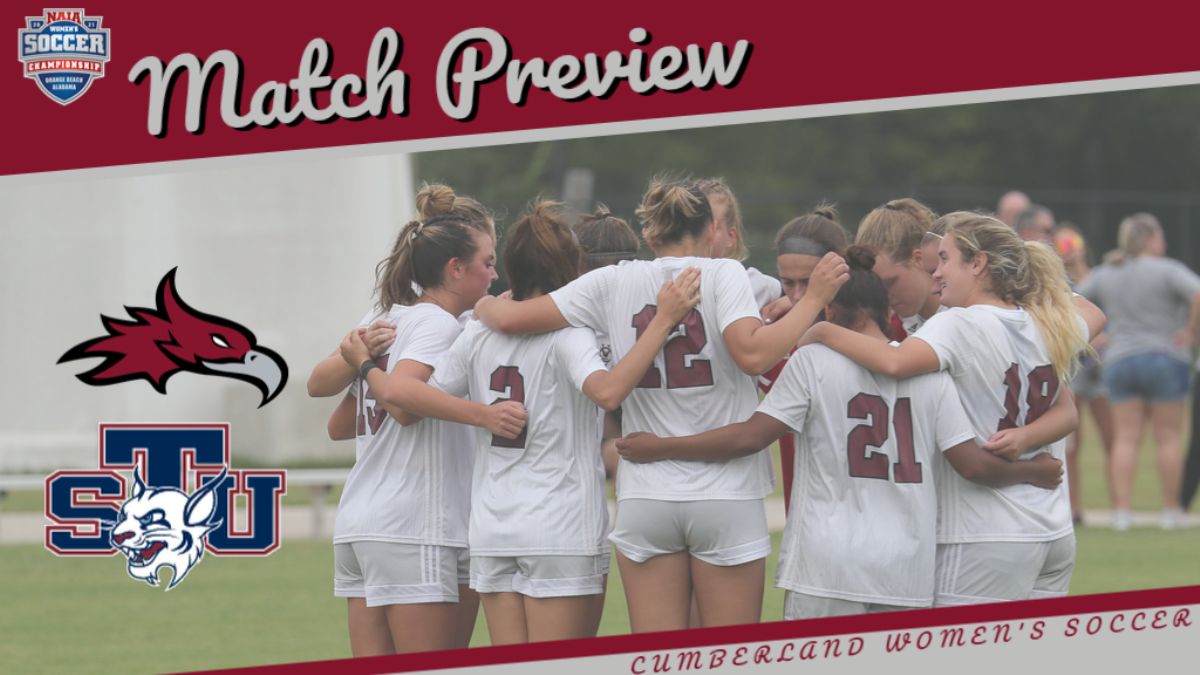 LEBANON, Tenn.--Cumberland women's soccer is set for an opening-round match with St. Thomas University on Thursday at 1:00 p.m.

The Phoenix received the No. 2 seed in the West Palm Beach bracket and will open up the NAIA National tournament against the No. 3 seed St. Thomas Bobcats.

The Phoenix have scored 69 goals in 18 matches, good enough for 12th-best in the NAIA. Cumberland sits at seventh in the nation in shots (442) and seventh in shots per game (24.6). CU has registered seven clean sheets on the season. Haley Stevens leads the team in goals with 11 and Jennifer Segura is just behind her at 10 goals.

St. Thomas earned an At-Large berth into the NAIA tournament after finishing 12-5-2 on the season. The Bobcats are just outside of the Top-25 in the receiving votes section of the polls. The Bobcats had an impressive run in the Sun Conference Tournament reaching the finals. STU defeated South Carolina-Beaufort 2-1 in the quarterfinals before knocking off No. 2 Keiser in the semifinals. St. Thomas lost to No. 10 Southeastern 2-1 in the championship bout on November 12. St. Thomas is 2-3-1 against in the Top-25 or receiving votes.

The Bobcats are averaging 2.95 goals-per-match while a stout backline has held opponents to just 0.82 goals-per-match allowed. The Bobcats have used a slew of dangerous forwards to score 56 goals this season led by Andrea Manzur with eight goals and four assists. Katharina Jullich and Miranda Ferradaz each have seven goals.

In goal for the Bobcats will be graduate senior Melanie Lefebvre from Montreal, Canada. Lefebvre has recorded eight shutouts this season making 59 saves.

This will be the first time the two programs have met in women's soccer.