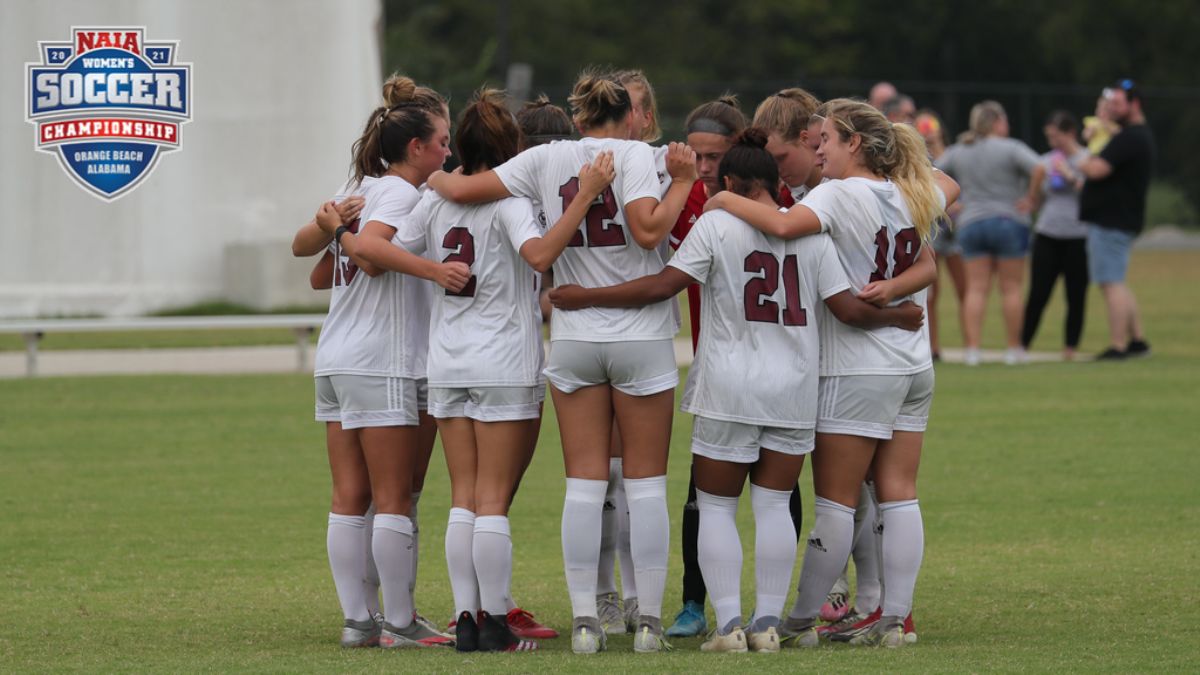 Cumberland huddles as a team prior to win over Freed-Hardeman (Credit: Steve Wampler)
Cumberland at Keiser | November 20, 2021

The first half was all Seahawks held the ball in the Phoenix end for the majority of the period.

Keiser struck first in the sixth minute off a cross from Linnea Axengren to Ramona Kannady that beat keeper Sabrina Graziano.
The Seahawks scored again in the 23rd minute on a shot from Maxi Krug from 35 yards out to claim the 2-0 advantage.

To open the second, Cumberland responded and played much better than they did in the first.

In the 46th minute, CU nearly got on the board after a header from Grace Morris hit the crossbar and went out of play.

Although the Phoenix had a much better second half, Keiser held on to win the match 2-0.

Cumberland put up 11 shots with five shots on goal in the second half but could not find the back of the net.

Haley Stevens took the most shots of any Phoenix in the match with four shots and two on goal. Jennifer Segura was next on the team with three shots in the match followed by Brenda Cernas with two shots on goal. Sabrina Graziano faced seven shots on net and made five saves on the day.

With the loss, Cumberland's 2021 campaign comes to a close. The Phoenix conclude the season with an overall record of 14-5-1 and a conference record of 8-2-1. CU heads into the offseason and returns to the pitch in the fall of 2022.