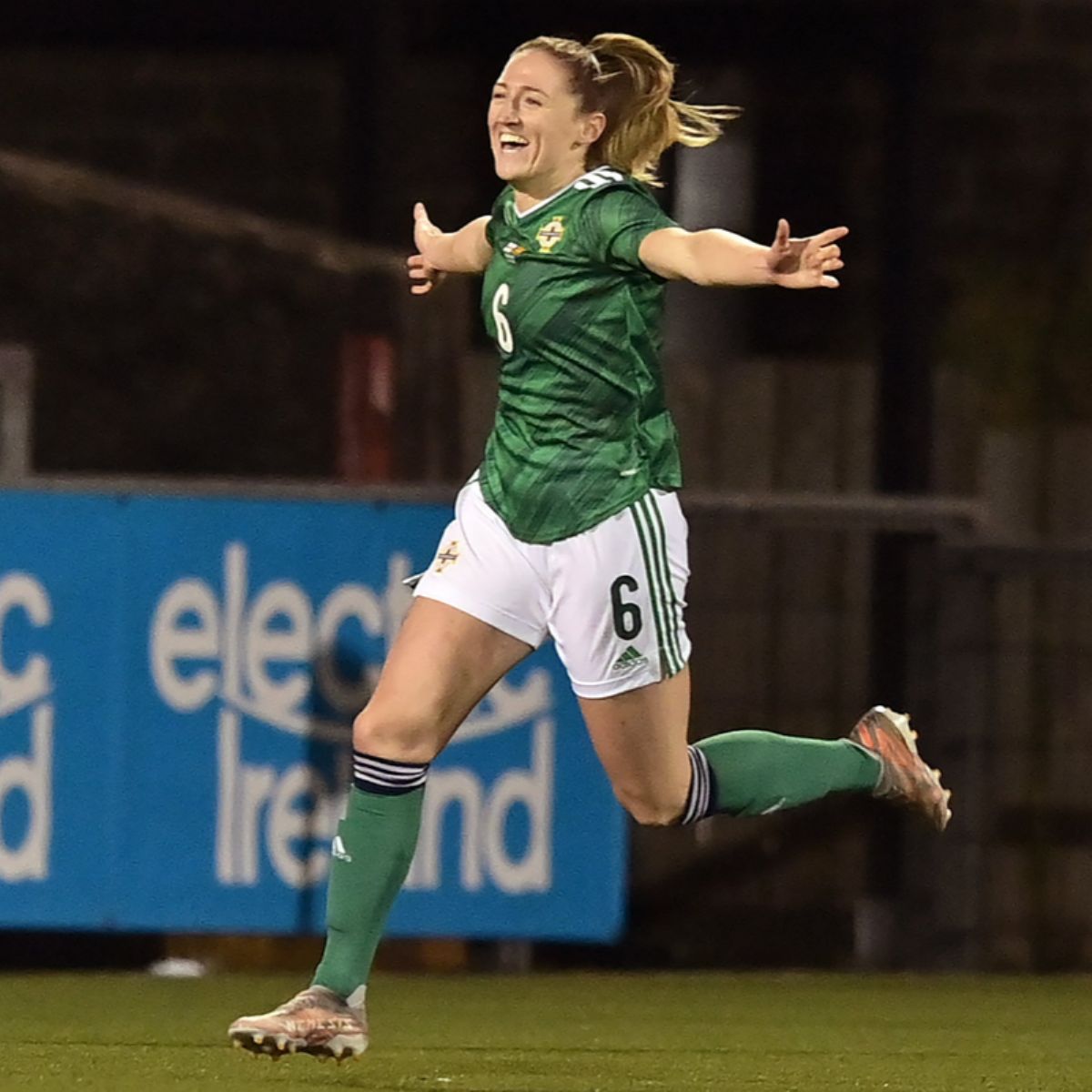 Holloway received the call up to the international team on November 18 and showed out with three goals and three assists in the doubleheader against North Macedonia. Her first goal came in stoppage time of the first match to post a 9-0 victory in North Macedonia and she followed that with a two-goal performance at home.

Northern Ireland is sitting in third place behind England and Austria in Group D of the European qualification process. 32 international teams will make it to the World Cup. The winner of the group stage will automatically qualify hosted by Australia and New Zealand in 2023. The group stage runner-ups will take part in the UEFA play-offs in October 2022.

There are seven World Cup qualifier matches left for Northern Ireland starting with Austria and England at the next international break on April 8, 2022 and April 12, 2022.

Holloway made her international debut back in February in a friendly against England as a left-back. She plays club for Birmingham City Football Club in the Women's Premier League.

At Cumberland, Holloway received several awards and honors for her accomplishments. She finished her career in 2018 with her second consecutive Mid-South Conference Player of the Year award and three-straight NAIA All-America Honorable Mention as well as three Mid-South Conference First Team selections. Holloway led the league in goals with 22 points with 53 and eight game-winning goals her senior campaign.