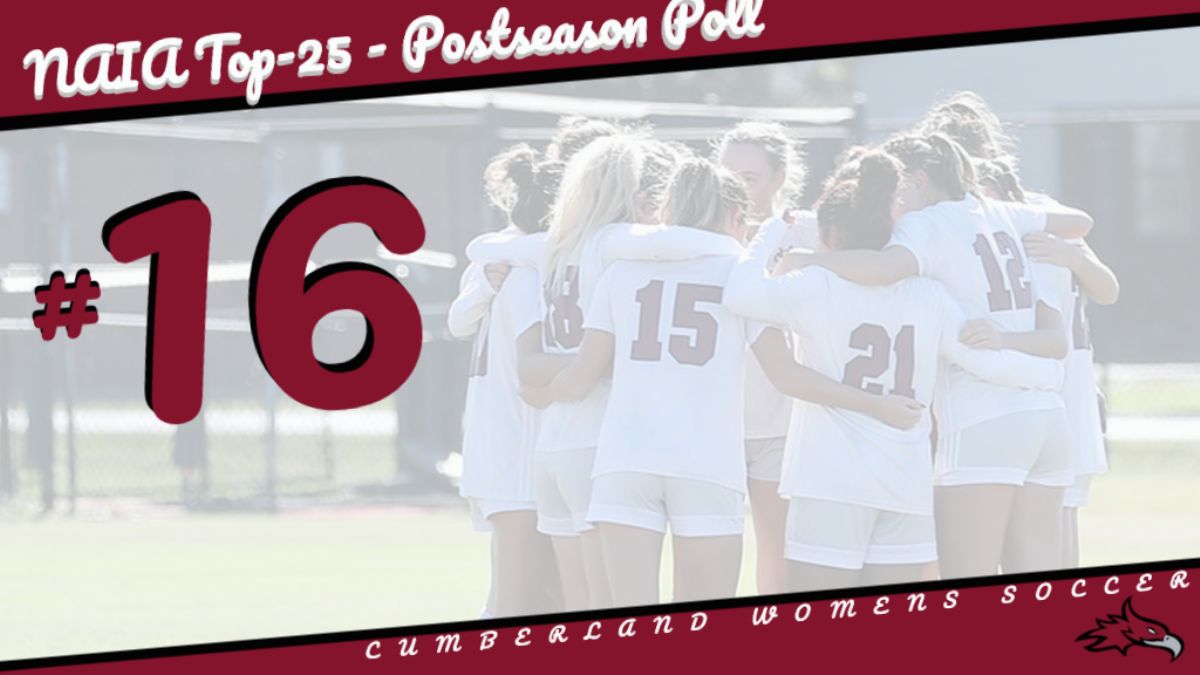 LEBANON, Tenn.--Cumberland women's soccer finishes the season ranked No. 16 in the postseason NAIA Top-25 Coaches' Polls, announced by the national office on Wednesday.

Cumberland ended the season with a 14-5-1 record and finished one game short of the NAIA Final Site for the third straight season. Cumberland picked up a win to the eventual NAIA National Champions Tennessee Southern handing them their only loss on the season.

Marie Bathe was the lone All-American on the Phoenix roster. She was also named Mid-South Conference First Team honors as a key piece to the Cumberland team scoring five goals with 13 assists.

Freshman defender Grace Morris was named Mid-South Conference Defensive Player of the Year for her efforts in anchoring the Cumberland defense. Alongside her was First Team All-Mid-South Conference member Becca Campbell. The duo along with the defensive units for CU notched seven shutouts.

Cumberland had one of best offense's in the nation scoring 71 goals in 20 matches for 13th most in the NAIA. The Phoenix finished with the fourth-most assists in the country with 76.

The Mid-South Conference placed ­five teams in the final NAIA Top-25 Coaches' Poll, led by Tennessee Southern at No. 1. The University of the Cumberlands ended No. 10 and Lindsey Wilson finished the season ranked No. 14. The Phoenix land at No. 16 and the Campbellsville Tigers are at No. 23.