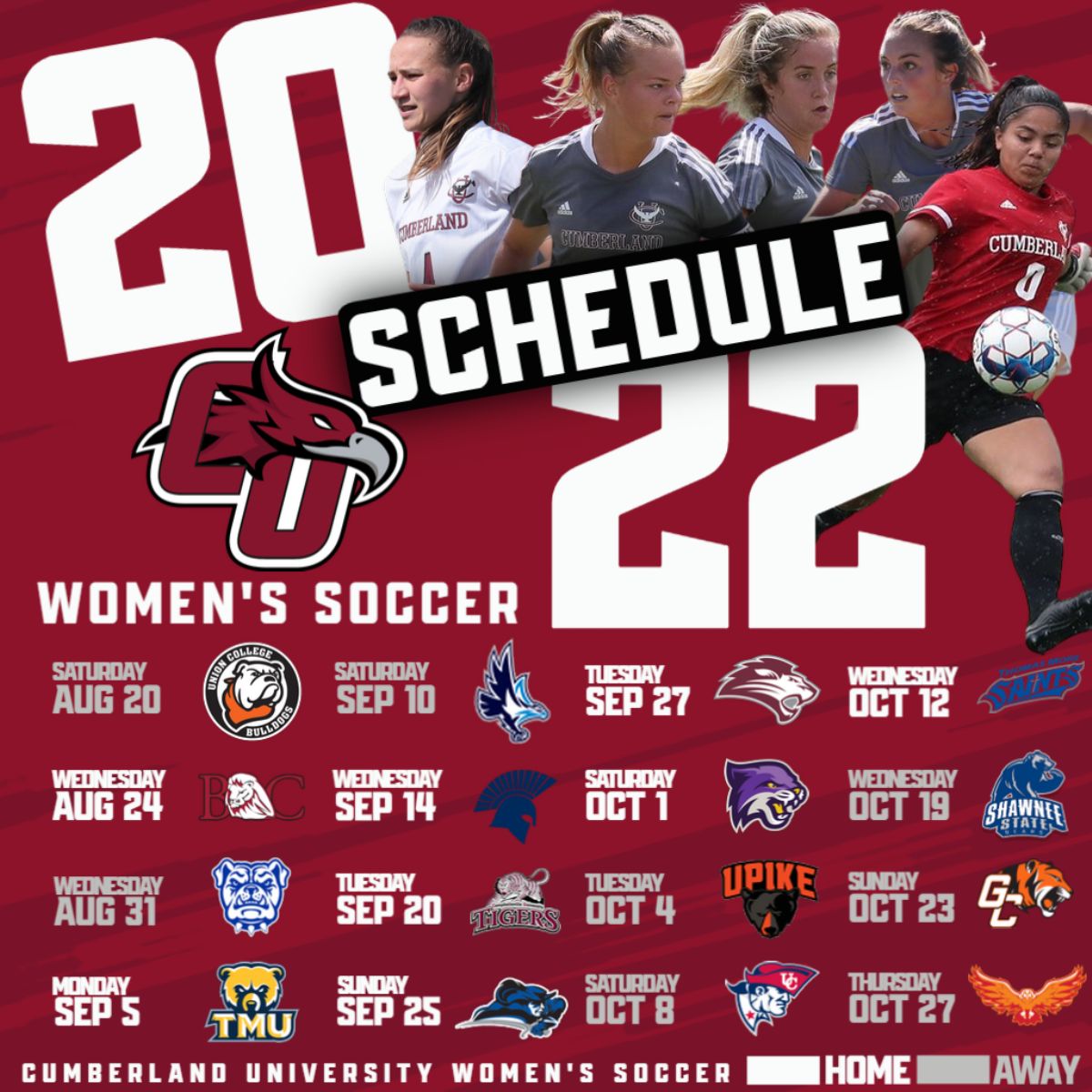 LEBANON, Tenn.--Cumberland women's soccer head coach Scott Davidson announces the release of the 2022 schedule featuring 16 matches with eight of them at home.

The Phoenix are slated to have a challenging schedule taking on six teams that made the NAIA National Tournament four coming from Mid-South Conference matches: Truett-McConnell, Keiser, Campbellsville, Lindsey Wilson, the University of the Cumberlands, and Tennessee Southern.

The 2022 campaign will open up on the road in Barbourville, Ky. against Union College on August 20. The Phoenix will have  their home opener on Wednesday, August 24 against Coach Davidson's alma mater in Bryan College and will head back on the road to Athens, Tenn. to take on Tennessee Wesleyan to round out August.

Cumberland will take on last season's Appalachian Athletic Conference Tournament Runner-Up in Truett-McConnell at home on September 5 for their first match with a team that made the NAIA Tournament last year. Cumberland will then travel to West Palm Beach, Florida looking for revenge against Keiser University after the Seahawks knocked them out of the tournament in 2021. CU's last non-conference game will start a five-game homestand against Missouri Baptist on September 14.

Senior night will be October 12 against Thomas More and is the last home match of the regular season for Cumberland. CU will close the regular season with three road matches against Shawnee State (October 19), and Georgetown College (October 23), and the finale will be on the road against the 2021 NAIA National Champions Tennessee Southern.