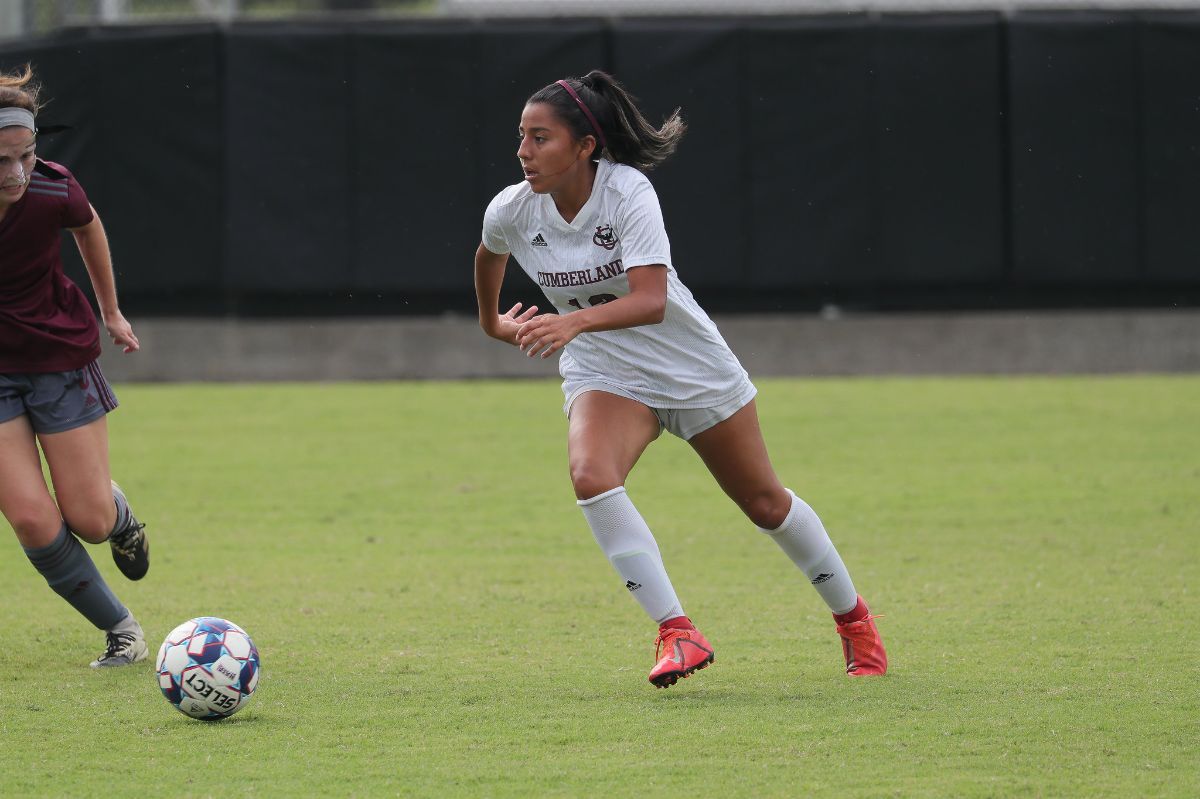 Evelyn Jimenez scored the lone goal in the second half to spark 1-0 win on the road. (Credit: Steve Wampler)
Cumberland at Tennessee Wesleyan | August 31, 2022

ATHENS, Tenn.--16-ranked Cumberland women’s soccer started slow on the road against Tennessee Wesleyan, but were able to push across a goal from Evelyn Jimenez in the 70th minute to escape Athens with a 1-0 win.

The Bulldogs controlled the pace in the first half putting four shots on goal, but each shot attempt was right at Cumberland keeper Sabrina Gratziano. Cumberland had one really good chance when the TWU keeper Laia Roch Font misplayed a ball allowing Gabby Jones to take it and fire a shot, but a nice recovery by Roch Font kept Cumberland from getting on the scoreboard in the first half.

The second half, the Phoenix played with a lot more urgency only allowing two Tennessee Wesleyan shots, neither were on goal. Cumberland was finally able to push one through the Bulldogs defense in the 70th minute as Evelyn Jimenez scored after collecting a rebound on a blocked shot for a 1-0 lead. The assist was given to Marie Bathe for taking the shot that ricocheted to Jimenez. The goal was Jimenez’s first of the season.

The Phoenix then stood strong the final 20 minutes to come away with their second clean sheet of the season and to move to 2-0.

Gabby Jones took five shots in the contest, most for either team, with three shots on goal. Jimenes tallied three with two on goal and the lone goal of the match. Marie Bathe added her third assist of the year to pick up where she left off last season.

No. 16 Cumberland will host their first ranked matchup of the season on Monday, Labor Day, against No. 19 Truett-McConnell. The game is slated to start at 1:00 p.m. central time.