Women's Soccer Drops to No. 17 in NAIA Polls 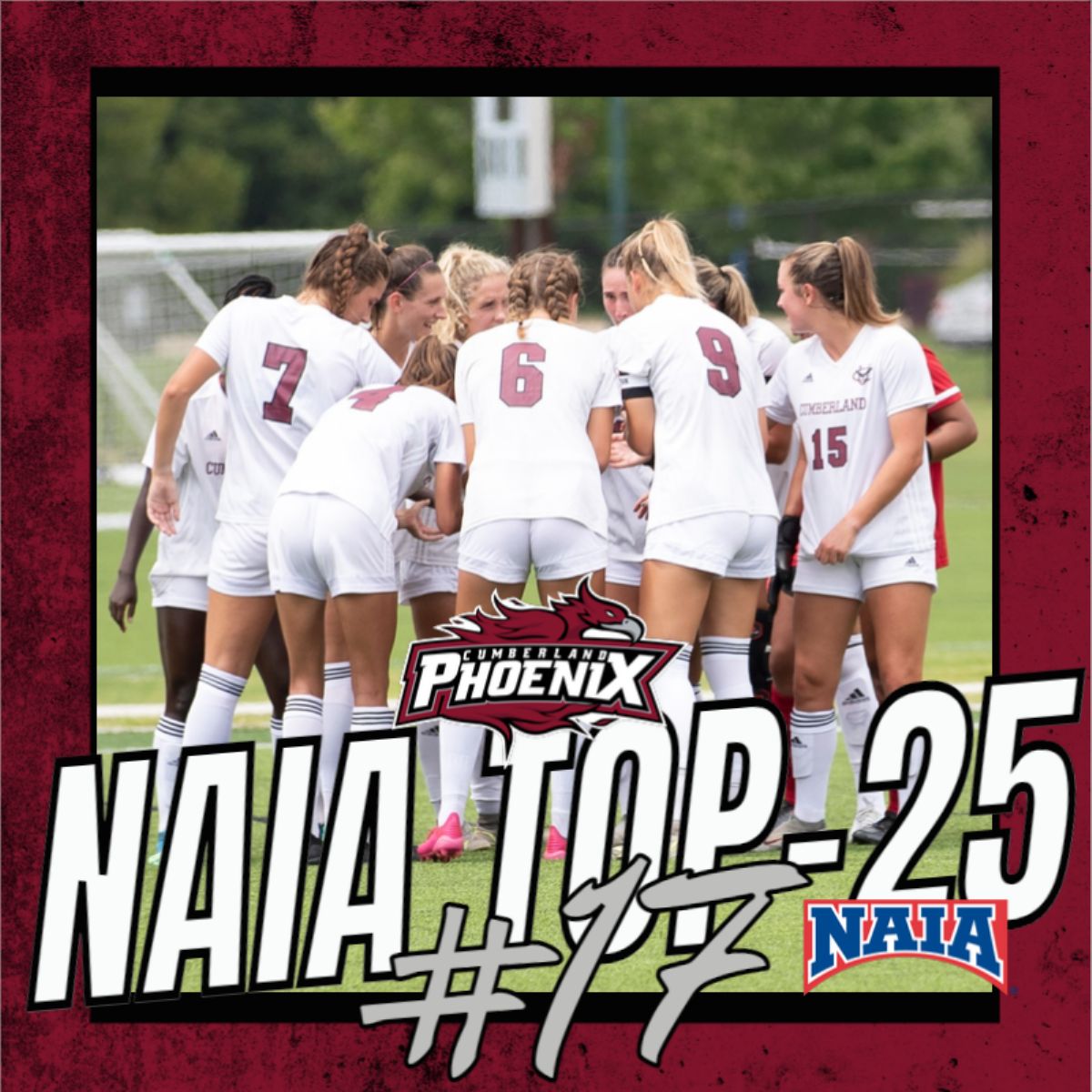 LEBANON, Tenn.--Cumberland women's soccer drops one spot to No. 17 in the latest edition of the NAIA Top-25 Coaches' Polls, announced by the national office this morning.

The Phoenix have started the season with a 3-0 record after defeating Bryan College, Tennessee Wesleyan University, and No. 19 Truett-McConnell University. In their first two games Cumberland kept their opponents scoreless, only allowing one goal in three matches.

Two-time All-American Marie Bathe has posted five assists in the first three matches ranking her fifth in the NAIA in assists. There are four players tied for first with six. Junior Macy Douglas leads the teams in goals this season with three while Brenna Swiger and Haley Stevens each have two goals. Keeper Sabrina Gratziano has made 12 saves in three matches and has just allowed one goal to be scored this season by the opposition.

Four other Mid-South Conference teams are in the Top-25 Polls with Tennessee Southern leading at No. 4. The University of the Cumberlands (Ky.) falls just behind the Firehawks at No. 6 followed by Lindsey Wilson at No. 16. The Phoenix sit above Campbellsville University, who hold the No. 23 spot. Bethel is in the receiving votes category of the polls.

Keiser (Fla.) has moved to the No. 1 position, jumping five spots in one week to replace Tennessee Southern. Spring Arbor (Mich) has landed at No. 2 with a 2-0-1 record. William Carey stands ahead of Tennessee Southern with a No. 3 ranking.

CU has a huge matchup on the road this week against new No. 1 Keiser University in West Palm Beach, Fla. The game will take place on Saturday morning at 10:00 a.m. central time.