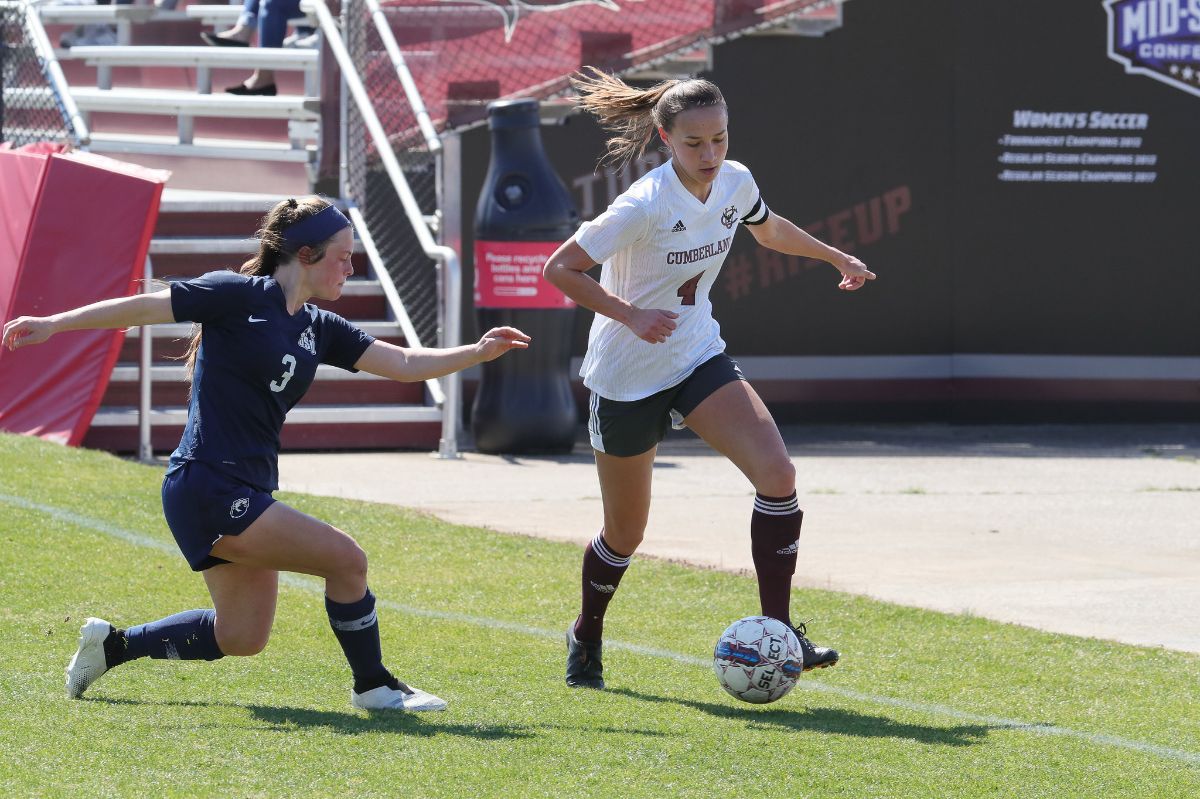 Sarah Haddock scored the lone goal for CU in the second half. (Credit: Steve Wampler)
Cumberland (TN) at Keiser | September 10, 2022

WEST PALM BEACH, Fla.--Sarah Haddock scored in the second half, but Cumberland was unable to recover after getting down to No. 1 Keiser 2-0 in the first half losing on the road, 2-1.

Keiser (7-0) scored in the first minutes of the game and then added a second goal in the 21st minute off a perfectly placed free kick. The Seahawks dominated the first half taking 10 shots to the Phoenix’s one. After getting down at the half, Cumberland made some adjustments and came out with more fire to create opportunities and finally pushed one across, but that was all Cumberland could get past Keiser keeper Grace McClellan.

Cumberland (4-1) suffered their first loss of the season, but had the best showing of the season against No. 1 Keiser this year. Prior to this match, Keiser defeated two Top 25 teams including defending National Champions Tennessee Southern 3-0.

In the fifth minute of the match, the Seahawks scored their goal off a corner kick from Ellen Mound that bounced into the box. Maja Henriksson was there to punch it in not giving CU goalie Sabrina Graziano a chance to make a save.

In the 21st minute, it was Henriksson again for her second goal. This goal came off a free kick about 10 yards outside of the box and was perfectly placed into the upper right corner of the net.

The Seahawks maintained control of the ball all half and kept Cumberland playing defense the whole time.

Out of the break, CU had more of a sense of urgency and were creating chances taking nine shots in the half. The only goal came off the foot of Sarah Haddock in the 55th minute. Macy Douglas took a shot that was deflected right to Haddock who punched it in to cut into the lead.

Cumberland was unable to get the equalizer late to draw a result from the match, but played well in the second half.

Sabrina Graziano played extremely well in goal to keep the score where it was. She made 10 saves in net diving all over the box to stop Seahawk threats.

Grace McClellan made five saves in goal for Keiser allowing just the one goal.

Cumberland will have one more non conference match at home this upcoming Wednesday at 1:00 p.m. against Missouri Baptist before opening up their conference slate.