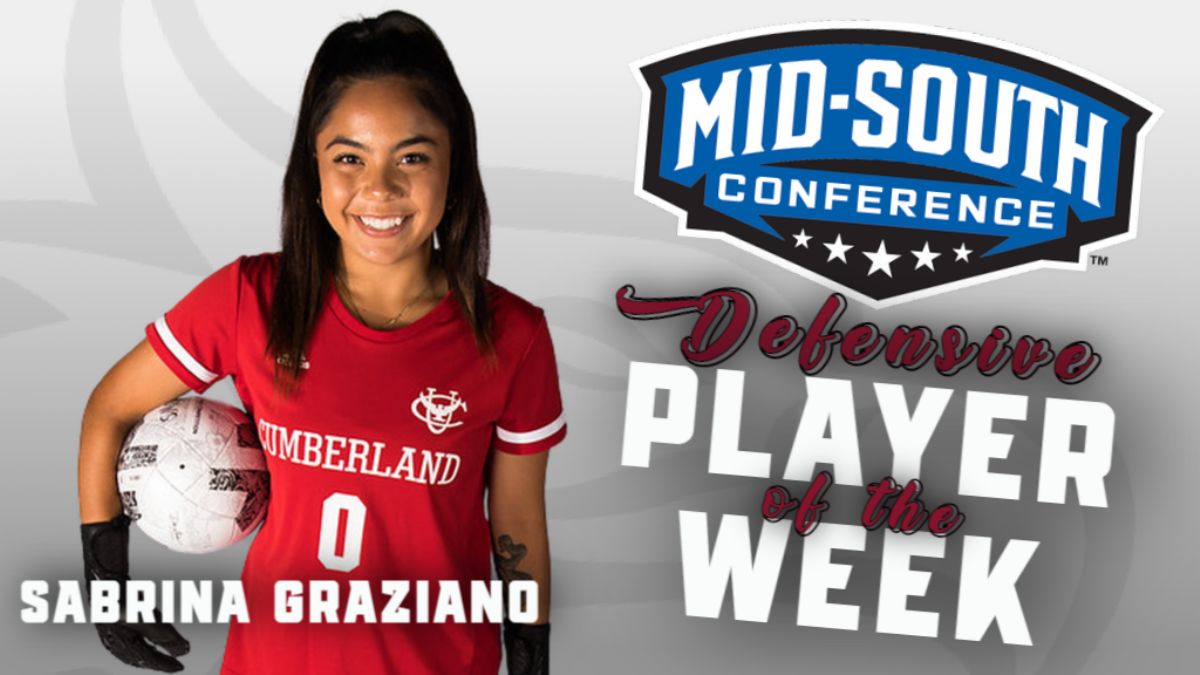 The junior from Georgetown, Ontario, Canada recorded 17 saves against two Top 25 opponents. She held No. 19 Truett-McConnell to one goal while making seven saves in the contest. She faced 12 shots on goal against No. 1 Keiser making 10 saves in the contest to give the Phoenix a chance to comeback in the match.

This is Graziano's first MSC Defensive Player of the Week award this season and second of her career.

Cumberland will take on Missouri Baptist this Wednesday at home in their final non-conference game of the season.