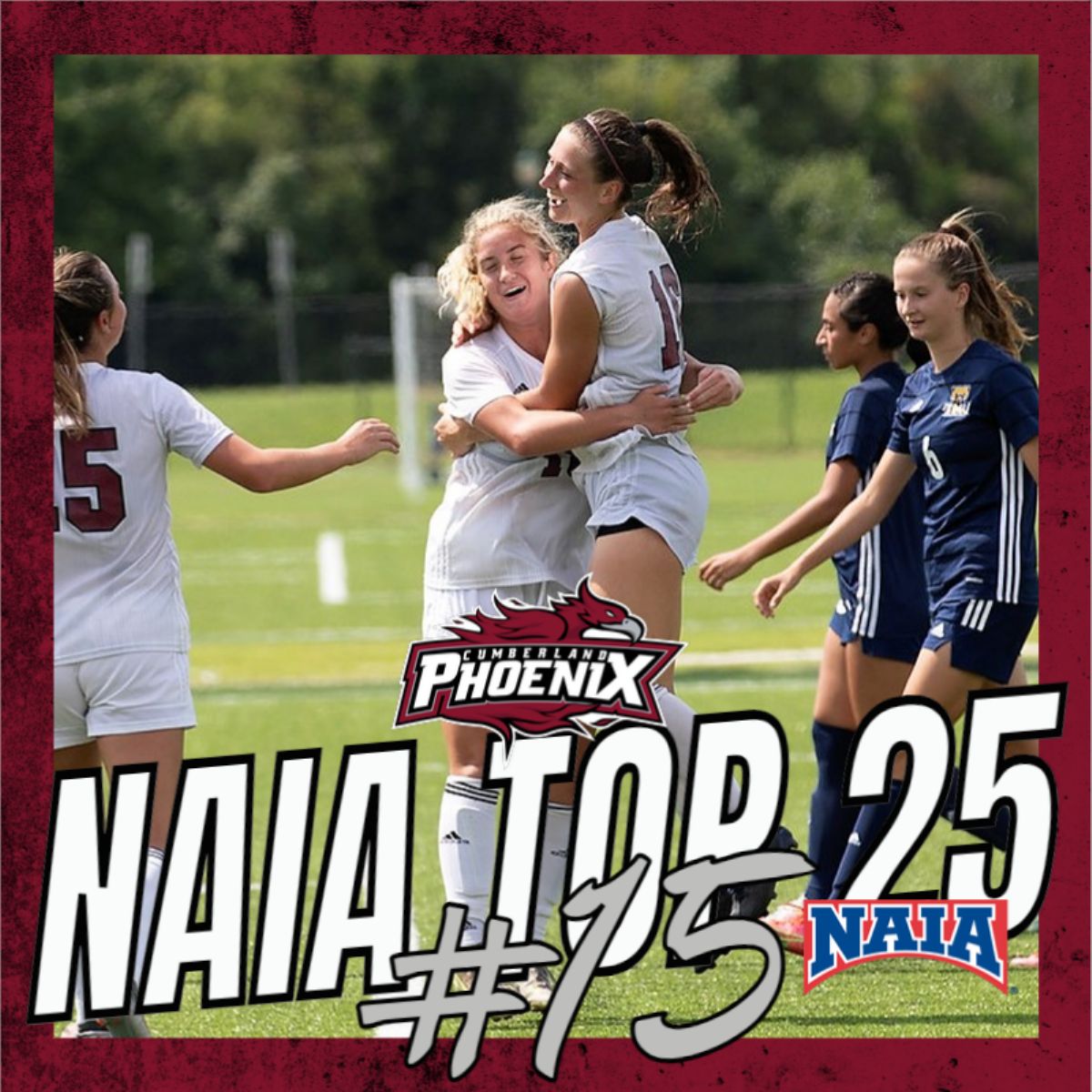 LEBANON, Tenn.--Cumberland women's soccer moves up to No. 15 in the third edition of the NAIA Top 25 Coaches' Polls, announced by the national office this morning.

The Phoenix have started the season with a 4-1 record with wins over No. 19 Truett-McConnell, Bryan College, Tenessee Wesleyan, and Union College. The lone loss on Cumberland's schedule came via No. 1 Keiser and CU pushed them to their limit falling to a 2-1 decision.

On the season, the Phoenix have scored 14 goals with 20 assists, the ninth-most assists in the NAIA while allowing just three goals. Cumberland boasts a 3-0 record at home this season.

Macy Douglas leads the team in goals scored with three. Haley Stevens and Brenna Swiger have each posted two as Swiger had a brace against Truett-McConnell. Two-time All-American Marie Bathe has posted five assists ranking her 10th in the NAIA in assists. Keeper Sabrina Gratziano earned Mid-South Conference Defensive Player of the Week this past week. She has made 22 saves with just three goals allowed for a .880 save percentage.

Four other Mid-South Conference teams are in the Top-25 Polls with the University of the Cumberlands leading the way at No. 5. Tennessee Southern has slide down in the polls to No. 7 followed by the Phoenix at No. 15. Lindsey Wilson also dropped all the way down to No. 21 and Campbellsville slid one spot to No. 25.

Keiser (Fla.) holds onto the No. 1 position in this week's poll. Spring Arbor (Mich.) holds at No. 2 followed by William Carey. Marian moved up one to No. 4 and the Cumberlands rounds out the Top 5.

CU takes on Missouri Baptist today at 1:00 p.m. and will open up conference play next Tuesday at home against Campbellsville.