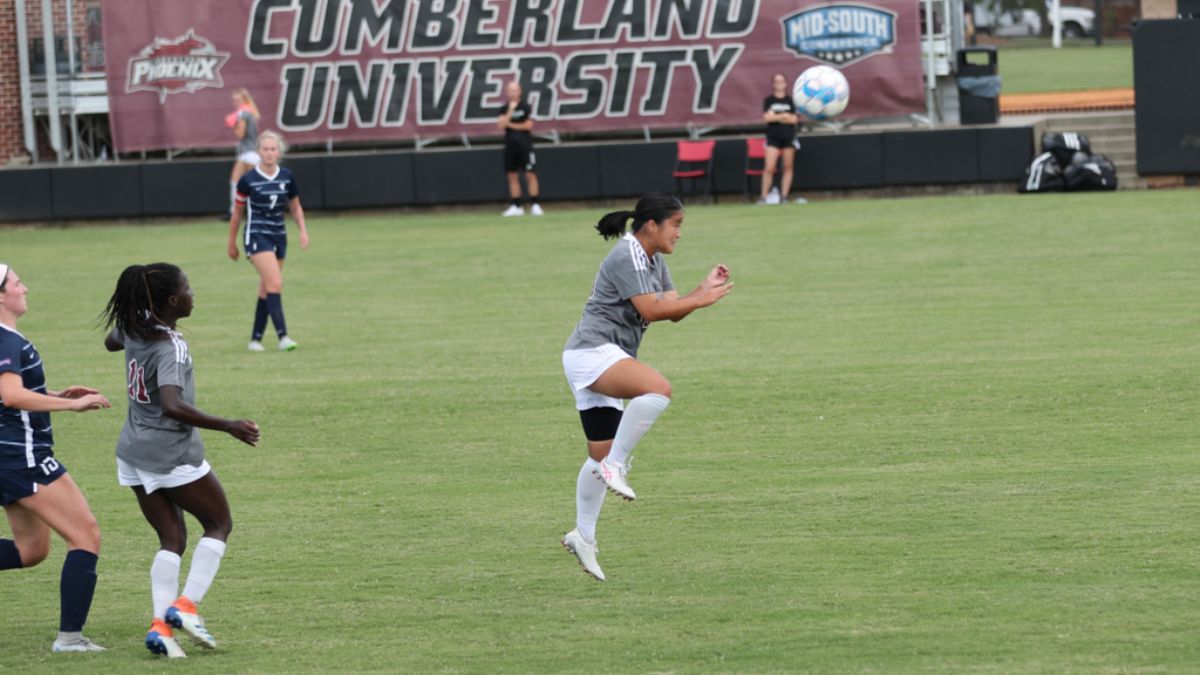 LEBANON, Tenn.-- No. 15 Cumberland dominates the second half to earn a 3-1 win over the Missouri Baptist Spartans. Brenna Swiger, Grace Morris, and Ao Yamada each contributed a goal to secure the Phoenix win. Sabrina Graziano saved two of the three Spartan attempts in goal.

The Spartans were off to a strong start, with Jordyn Bessermen securing a goal off of an assist from Morgan Hollenback in the first minute of the match.

Cumberland playing from behind had to create opportunities to score and finally pushed across the equalizer from Brenna Swiger in the 30th minute. Sarah Haddock played a ball up to Swiger and she had a collision with Missouri Baptist keeper Maria Kristensen. Seiger recollected the shot after the ricochet and pushed it in to tie the match at 1-1.

The Phoenix playing from behind outshot their opponent in the first half, making 13 attempts compared to Missouri Baptist’s three.

Cumberland took the lead on an obscure play in the 76th minute. Starting keeper for the Spartans subbed out to deal with an injury and the back up Lindsay Morrison had a blunder dropping a ball to play it with her feet and then picking it up again as Macy Douglas pressured her giving Cumberland a free kick inside the box. The first attempt was stopped, but a foul committed gave room for another opportunity and defender Grace Morris slotted it in a gap to take the lead.

The Spartans had an opportunity to tie the game with eight minutes left to play, on a nice build up, but goalie Sabrina Graziano was right there to make the save. The only shot she face on goal in the half.

Ao Yamada scored her first goal of the season to expand the Phoenix lead by two with just over five minutes left to play. Sarah Haddock made a cross to the back post that Yamada scored on for her second assist of the match.

Cumberland dominated the shots in both halves, adding fourteen more attempts in the second half for a total of 27. Cumberland’s dominant time of possession kept Spartan opportunities few and far in between, only forcing Graziano to make two saves in the effort.

The Phoenix will be back in action on their home field Tuesday, September 20 as they open up Mid-South Conference play against the 25th-ranked Campbellsville Tigers at 1 p.m.