Women's Soccer Continues to Move Up in NAIA Top 25 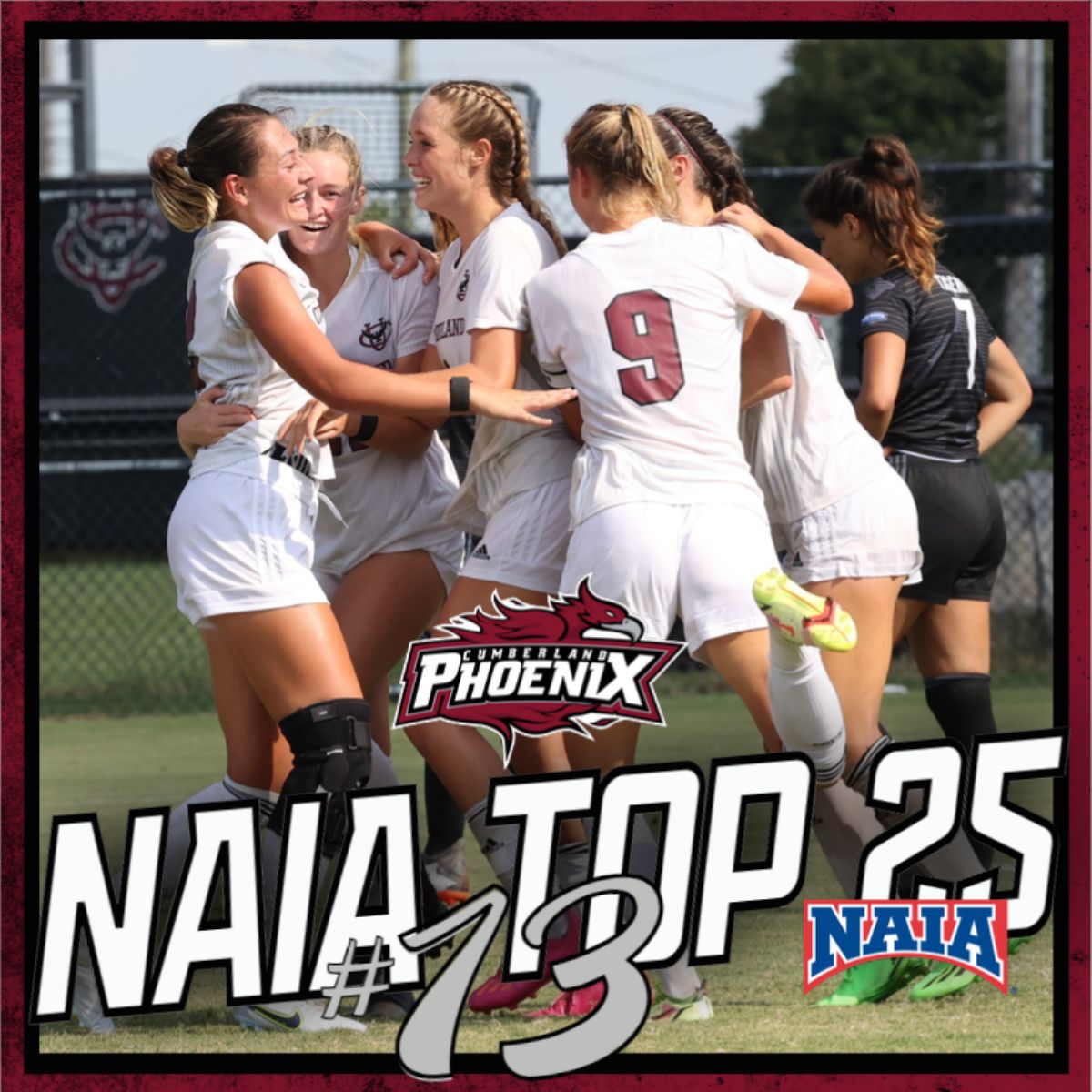 LEBANON, Tenn.--Cumberland women's soccer moves up two spots to No. 13 in the fourth edition of the NAIA Top 25 Coaches' Polls, announced by the national office this morning.

The Phoenix have improved their record to 6-1 with wins over No. 19 Truett-McConnell and No. 25 Campbellsville. The lone loss on Cumberland's schedule came via No. 1 Keiser and CU pushed them to their limit falling to a 2-1 decision.

On the season, the Phoenix have scored 20 goals with 26 assists, the fifth-most assists in the NAIA while allowing just six goals. Cumberland boasts a 5-0 record at home this season.

Macy Douglas and Brenna Swiger leads the team in goals scored with three. Douglas has accumulated a team-high 10 points on the year.  Haley Stevens, Gabby Jones, and Grace Morris each have scored two goals as the offensive production for Cumberland has been a team effort with everyone contributing.

Marie Bathe leads the team in assists with six which puts her at eight-best in the NAIA and Sarah Haddock has added five to put her at 18th on the assists leaderboard.

Keeper Sabrina Graziano has posted a 5-1 record in net thus far allowing just six goals for an average of 1.00 goals allowed per game. She has made 31 saves this season and has a save percentage of .838.

Four other Mid-South Conference teams are in the Top 25 Polls with the University of the Cumberlands leading the way at No. 4. Tennessee Southern has moved back inside the Top 5 at No. 5 followed by the Phoenix at No. 13. Lindsey Wilson dropped one more spot to No. 22 and Campbellsvillestays put at No. 25.

Keiser (Fla.) holds onto the No. 1 position in this week's poll and Spring Arbor (Mich.) holds at No. 2. Marian moved up one to No. 3 followed by the pair of Mid-South teams in  the Cumberlands at No. 4 and Tennessee Southern at No. 5,

The Phoenix are set for another Top 25 matchup this Sunday as they will take on No. 22 Lindsey Wilson at 1:00 p.m.