The Road to Orange Beach goes through host Spring Arbor 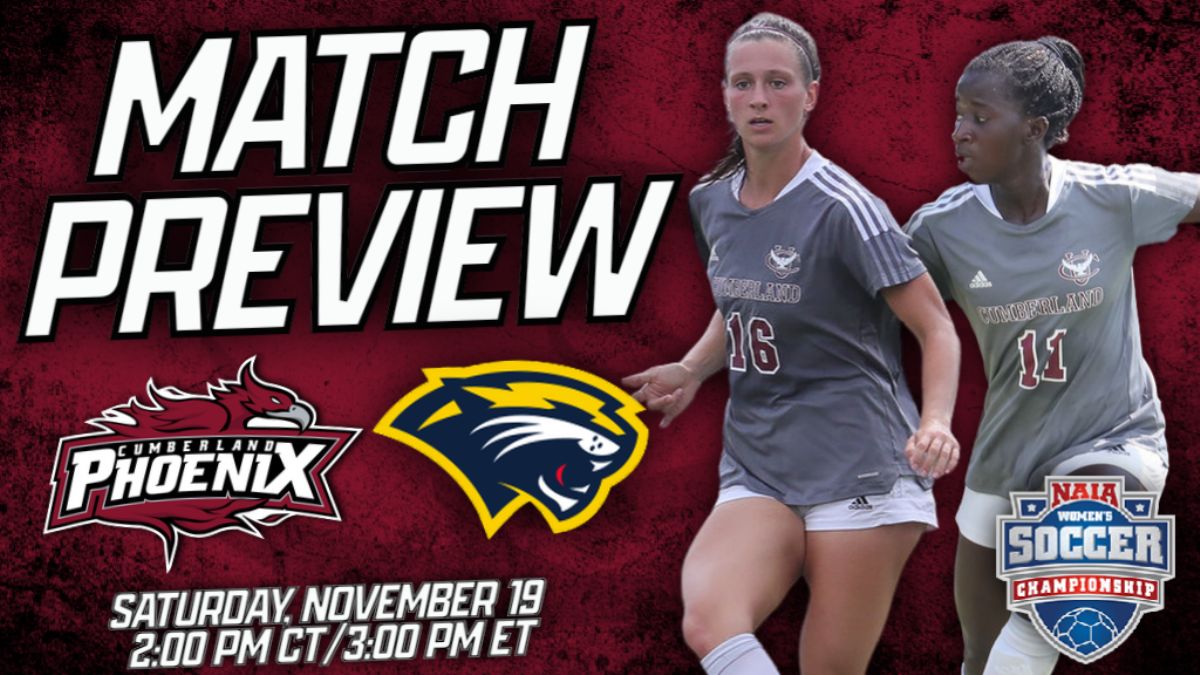 LEBANON, Tenn.--Cumberland advanced to the NAIA National Championship Second Round with a big 3-1 win over the No. 3 seed Briar Cliff in the Opening Round yesterday. The Phoenix will take on the host and No. 4 overall seed Spring Arbor tomorrow for a chance to go to Orange Beach.

Cumberland dominated from start to finish in the First Round match with the Chargers. Haley Stevens provided two big goals to propel CU early on while Evelyn Jimenez picked up a goal and an assist in the win. The Phoenix outshot teh Chargers 20-10 in the match with nine shots on goal to improve their record to 13-4-1 this season.

Spring Arbor advanced to the Second Round after a 2-0 win over the No. 4 seed Madonna. The Cougars enter the game with a 15-1-3 record on the season and have one of the best defensive units in the country. Spring Arbor has allowed just three goals all season with second most shutouts in the NAIA with 16.

Selvis is leading Spring Arbor in scoring with 13 goals, but also is a solid facilitator with the second-most assists on the team with nine. Lauren Marshall is just behind Selvis with 10 goals while Stoltzfus is leading the team in assists with 13.

Currie will be in goal for the Cougars. She has made 15 starts allowing just one goal, but she has only had to face 19 shots on goal all season long. Cumberland is going to have to be creative and problem solve on the field to find ways to get past the backline to give themselves a chance.

This season, Spring Arbor has played seven teams inside of the Top 25 going 3-1-3 in those contests. The Cougars took on two opponents that Cumberland has played in Lindsey Wilson and the University of the Cumberlands. Spring Arbor drew with the Patriots and defeated the Blue Raiders 4-0 on the road in Columbia.

Cumberland and Spring Arbor have met one time previously back in 2016 in the NAIA National Tournament at Orange Beach in the Round of 16. The Cougars were ranked No. 1 that season and handed Cumberland a 4-0 loss.

The weather is expected to be worse than yesterday in Michigan. The high for tomorrow is 25 degrees with the low reaching 17. Snow is expected tomorrow as well with the wind chill being at 10 degrees at kickoff.

Live video and stats will be available for the match. Kickoff is slated for 2:00 p.m. CT and 3:00 p.m. ET in Spring Arbor. There is a fee to watch the game live on the website. Tickets can be purchased at the gate for $8 for adults and $5 for students.