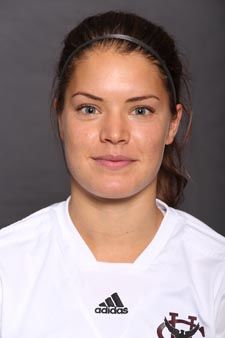 2010 (FRESHMAN): Voted First Team All-TranSouth and Freshman of the Year ... Started all 17 matches at defender, scoring one goal and taking three shots for the season … Member of defense that allowed just 25 total goals in 17 matches, a 1.51 goals-against-average, including only 10 goals in seven matches versus TranSouth Conference opponents … Took one shot at Bryan College and Freed-Hardeman and scored on Katie Ongaro assist against FHU in quarterfinals of TranSouth Championships.