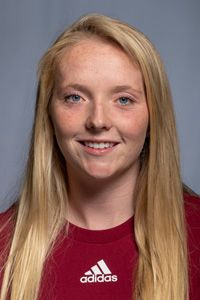 Katie Jordan begins her first year as a graduate assistant in the Cumberland University athletic department after being a big part of the Phoenix women's soccer backline for the past two seasons.

Jordan transferred to Cumberland to play her final two seasons after playing her first two years at SIU-Edwardsville. As a Cougar, she saw action in 35 games making 15 starts and picked up three assists. With the Phoenix, she started in all but one game holding opponents' strongest attackers from her defensive position. She played a big role in 25 Cumberland shutouts over the past two seasons.

Her responsibilities in the department include helping with class attendance, organization of athletic department activities including Leadership Training in August for all student-athletes, as well as game-day management and marketing efforts.

Jordan graduated from Cumberland with her undergraduate degree in May 2020.