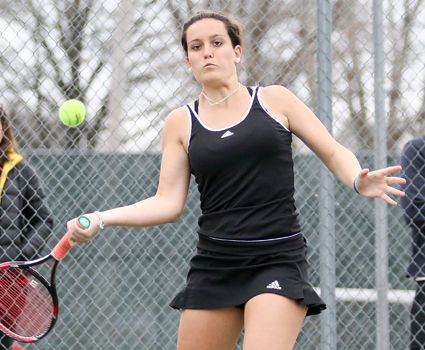 The Bulldogs (7-6, 3-1 Mid-South) played without Alena Gizdic, who has missed the last three matches with an injury, and Franki Jecker, who was unable to play on Monday because of food poisoning. CU defaulted at No. 6 singles and No. 3 doubles for the Bears’ only points of the match.

Angelica Sepulveda and Tarsha de Souza collected an 8-1 victory over Shelbie Wulfekamp and Brianna Boggs, 8-1, at No. 1 doubles and Trinidad Aguirre and Gisela Amor Garcia registered an 8-3 win at No. 2 against Emily Waugh and Nicole Harmon.

Cumberland did not lose a game in the five contested singles outings, with Sepulveda, who is ranked 16th nationally, defeating Wulfekamp at No. 1 and de Souza posting a victory over Boggs at No. 2. Garcia collected a win against Kendi Kistler at No. 3, while Jasmine Shankar recorded a victory at No. 4 versus Kanessa Snyder and Aguirre triumphed at No. 5 over Mara McGee.