Women's tennis moves up to No. 20 in NAIA Coaches' Poll 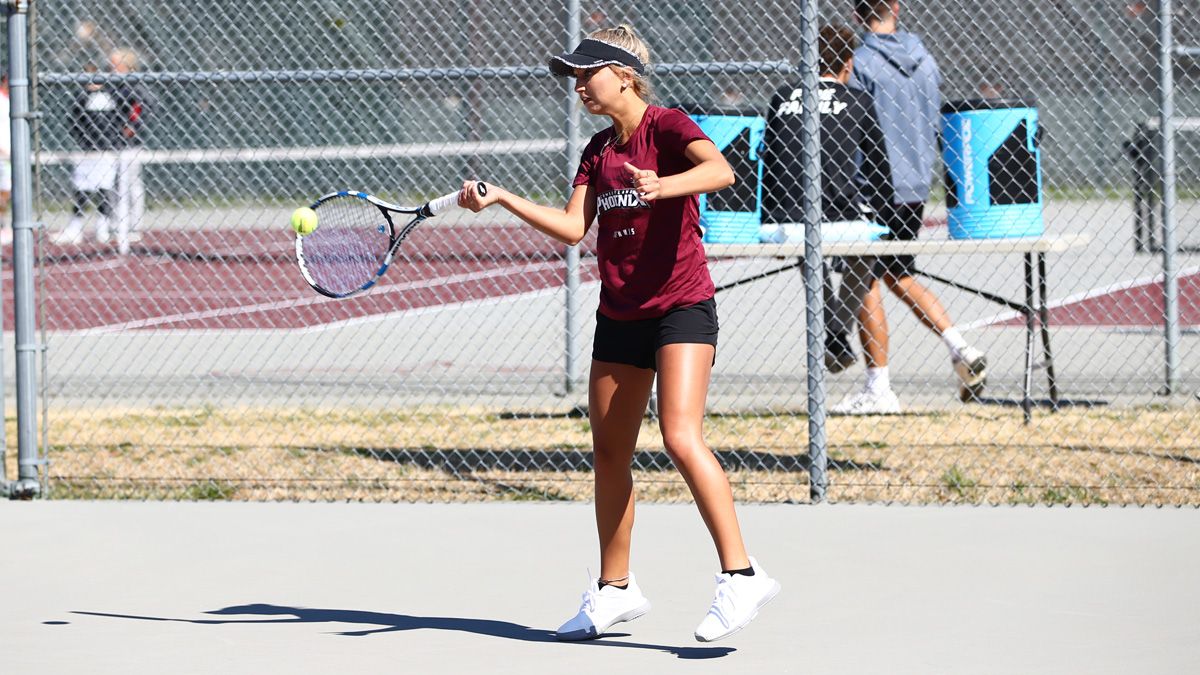 Kyie Humphrey and the Phoenix women moved up one spot to No. 20 in this week's NAIA Coaches' Top 25 Poll. (Credit Bob Tamboli)
Related Links

LEBANON, Tenn. – Cumberland women’s tennis moved up one spot to No. 20 in the latest NAIA Coaches’ Top 25 Poll released Tuesday by the national office.

The Phoenix (11-7) defeated then 25th-ranked Campbellsville University, 5-1, in the quarterfinals of the Mid-South Conference Championships before losing a heart-breaking 5-4 decision to No. 14 Lindsey Wilson in the semifinals. CU dropped a pair of three-set decisions in singles and lost a tiebreaker at No. 3 doubles in the defeat to the Blue Raiders.

Qualifiers and at-large berths into the 39th Annual NAIA Championships will be announced Monday, April 29 by the national office.