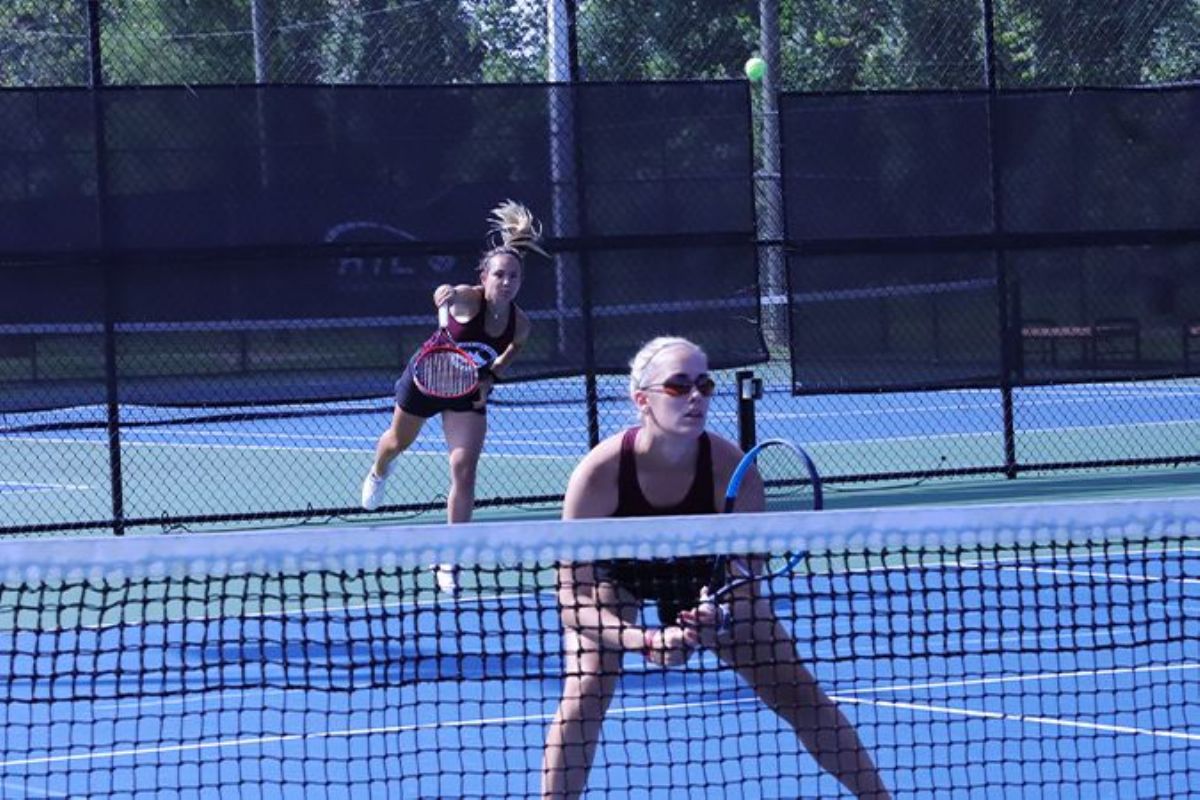 Ksenija Dmitrivic and Joana Bou had a strong showing in the ITA Southeast Regional advancing to the semifinals in doubles action. (Credit: Kyle Allen)

Murfreesboro, Tenn.--Cumberland women's tennis team posted three wins in doubles while all the singles wait until tomorrow to see action after receiving bids straight to the Round of 32 on the first day of competition at the ITA Southeast Regional Thursday.

In doubles action, Ksenija Dmitrivic and Joana Bou had a strong showing defeating Bethel's Kensley Crossino and Samantha Stone, 8-1 and taking down Cumberlands' Tessa Gray and Lillian Vance, 8-2. The duo advances to the semifinals to face top-seeded Tomomi Nagao and Mikaela Fros of Cumberlands on Friday.

Ainhoa Garijo Garrido and Jessica Hernandez came into the tournament as the number two-seed handled their business against Kaitlin Barett and Marlainie Peterson of Milligan to advance to the quarterfinals tomorrow. The pair will face Freed-Hardeman's Emaleigh Board and Savannah Corbitt.

After receiving a first-round bye, Carly Earnhardt and Alexandra Leisibach dropped the Round of 32 matchup with Freed-Hardeman's Lancaster and Sullivan, 8-1.

In singles action tomorrow, junior Bou takes on Sophia Vasconcellos from Bethel University. Leisibach faces Savannah Corbitt in her first match. Hernandez takes on Kensley Crossino in the round of 32.

Dmitrovic takes on Annabella Barait for her first singles match. Earnhardt faces Mikaela Fros of the University of the Cumberlands.

Second-seeded Garijo Garrido will face Lilian Vance of the Cumberlands.

The Pheonix will return to the court Friday, September 11, for the second day of competition at the ITA Southeast Regionals at Adams Tennis Complex in Murfreesboro, Tenn. Doubles action are slated to begin at 10 a.m., while the singles are set for 11 a.m.