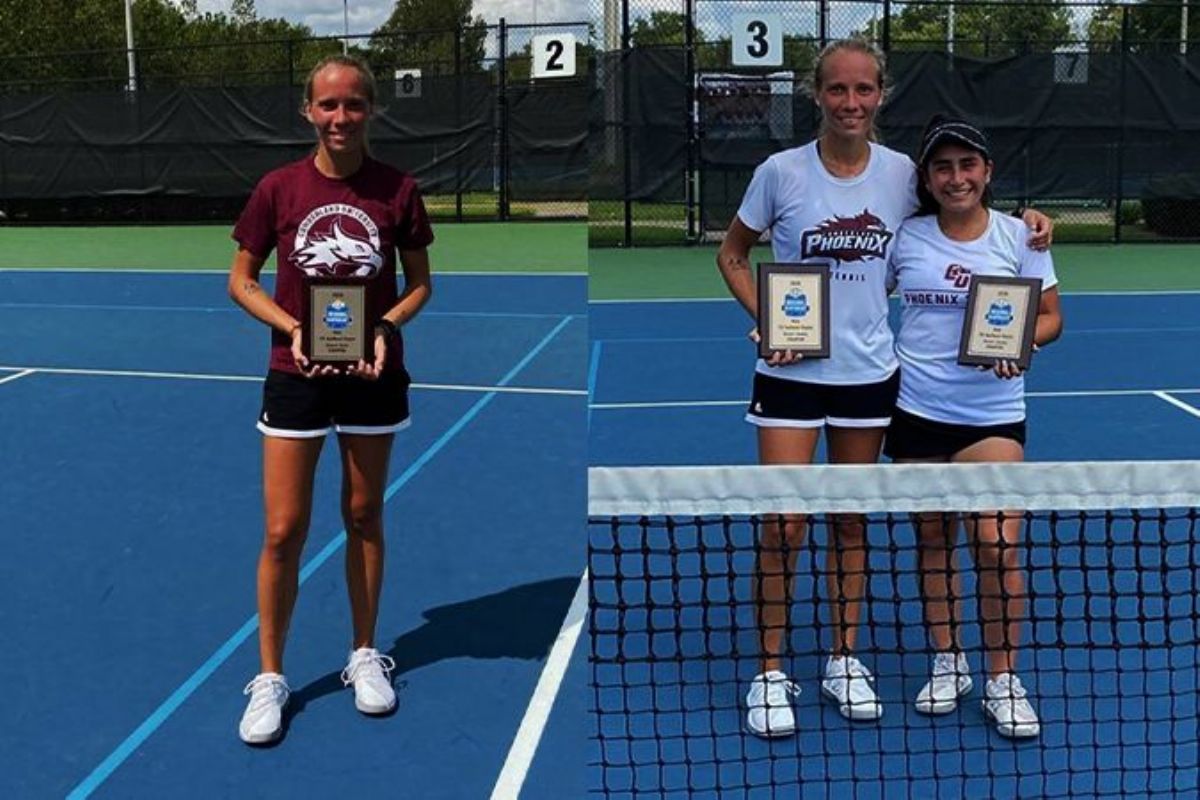 Ainhoa Garijo Garrido claimed the ITA Southeast Regional Singles Championship and she teamed up with Jessica Hernandez for the doubles title on Saturday. SUBMITTED

MURFREESBORO, Tenn. - Cumberland women's tennis player Ainhoa Garijo Garrido, who entered the tournament as the second seed, has won the singles bracket at the ITA Regionals on the final day of competition at the ITA Regional Championships Saturday at Adams Tennis Complex.  The Phoenix top duo of Garijo Garrido and Jessica Hernandez also picked up a championship title in the doubles bracket.

The Phoenix top doubles team also hard a strong finish at the ITA Regionals claiming the title. Garijo Garrido and Hernandez, who entered the tournament as the two-seed, upset one-seed Nagao and Mikaela Fros of the Cumberlands in the finals, 8-5. Last year, the team of Nagao and Jewell knocked out the Phoenix pair in the semifinals of the event.

Garijo Garrido and Hernandez become the first Cumberland duo to claim the doubles title. The pair qualified for the ITA Cup in Rome, Ga. on October 16-18.

The 2020 ITA Cup will serve as a National Championship for NAIA. Student-athletes from each of the eight regions across the country may qualify by winning their respective ITA Regional Championship. At-large selections will be made as well to fill out the draws of 16. The 2020 ITA Cup will feature a men’s & women’s singles draw as well as a men’s & women’s doubles draw.