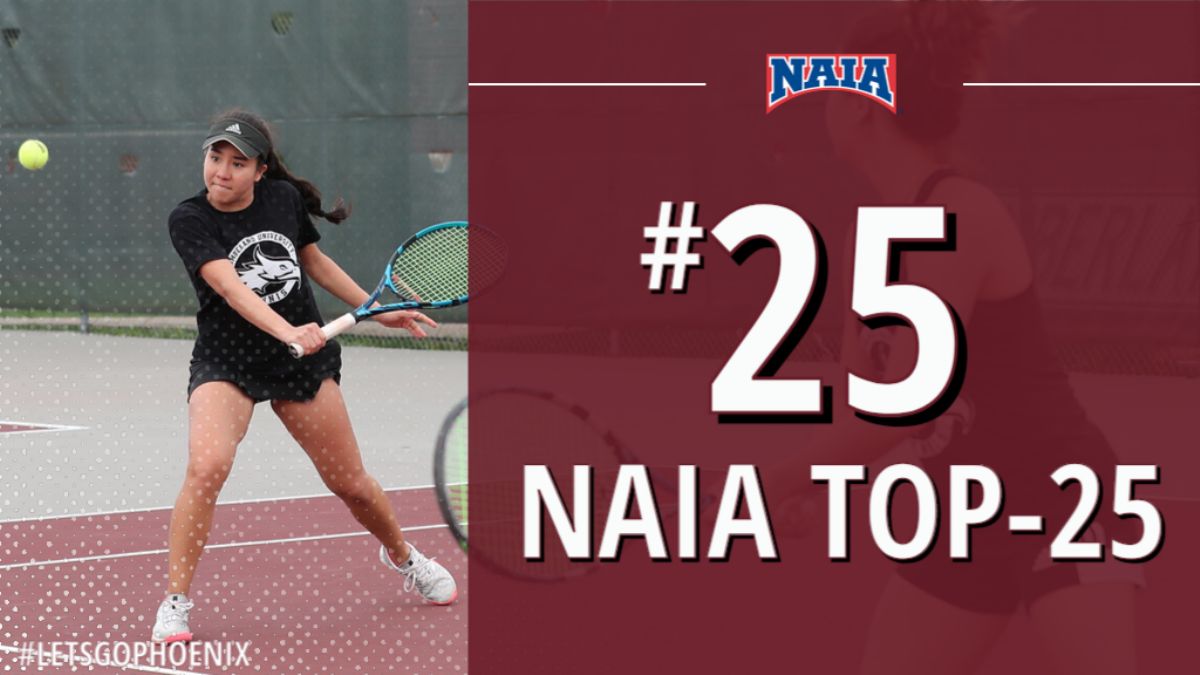 LEBANON, Tenn.--Cumberland women's tennis has dropped down eight spots to No. 25 in the fourth regular-season NAIA Women's Tennis Top 25 Polls.

Despite dropping eight spots, the Phoenix have posted a 6-1 record since the last poll was released on March 17. Cumberland has won five matches in straight 7-0 sweeps. Cumberland lost to No. 24 Marian, 5-2 for the lone loss in the two-week span. Cumberland is 8-3 on the season.

Around the conference, Lindsey Wilson (Ky.) is the highest-ranked team in the poll at No. 16. Cumberlands (Ky.) has moved up five spots to No. 17. Campbellsville has surpassed Cumberland in the polls by jumping to No. 20. Georgetown College is still just outside of the Top-25 in receiving votes section.