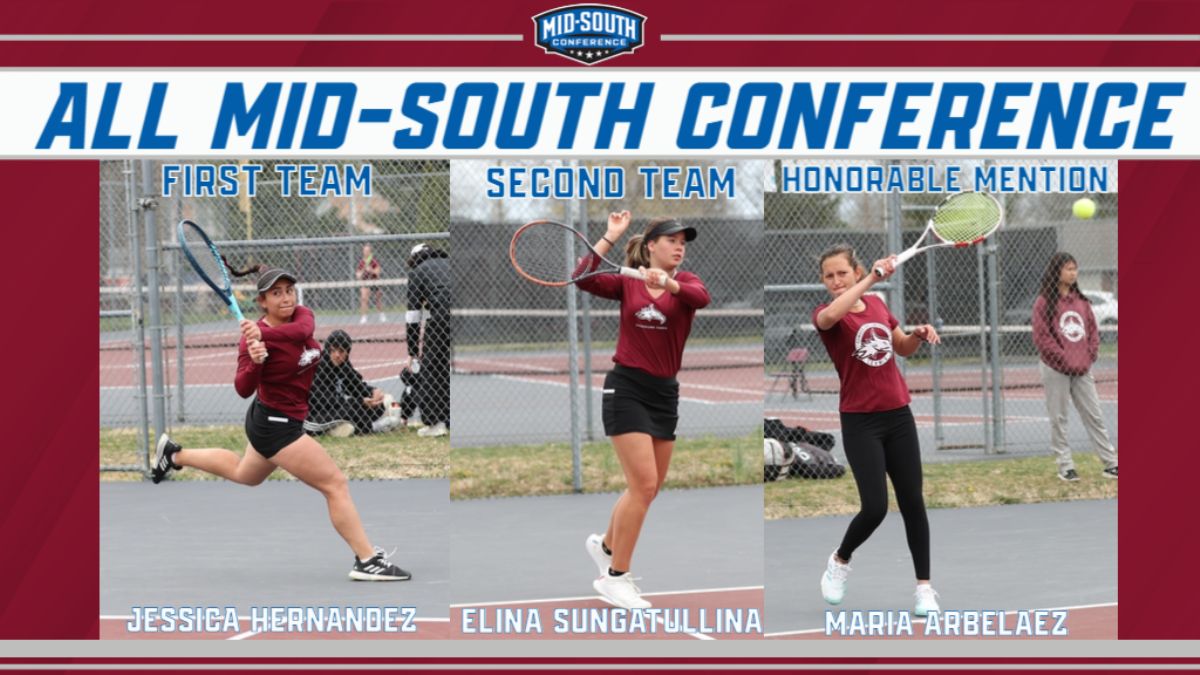 Jessica Hernandez earned a First Team All-Conference spot after finishing the regular season with a 9-5 overall record and a 5-4 conference record. The junior from Bogota, Colombia, earned an 11-6 doubles record on the year, splitting time with two partners in Maria Arbelaez, and Kaede Hatano. Hernandez earns First-Team All-Mid-South Conference honors for the third time, adding more accolades to an already incredible career.

CU Freshman Elina Sungatullina earned a spot on the All-Conference Second Team after an excellent debut season with the Phoenix. The Kazan, Russia, native ends the regular season with a 9-5 singles record, spending much of the year as the No. 2 single and compiling an 8-4 record at that spot. Sungatullina also went 9-7 overall in doubles, where she went 3-1 in conference play with Kaede Hatano.

Fellow Phoenix freshman Maria Arbelaez posted the most singles wins on the season for the team with an 11-6 record, earning her a spot as an All-Conference Honorable Mention. The Valle del Cauca, Colombia, native compiled a 7-3 record in conference play this season and went a perfect 4-0 from the No. 2 singles spot. Arbelaez also compiled a 9-3 doubles record with fellow All-Conference teammate Jessica Hernandez.

Cumberland freshman Lara Zugasti held the honor of being named to the 2021-22 Mid-South Conference Champions of Character team.

The Phoenix are set to take on Tennessee Southern in the Quarterfinals of the Mid-South Conference tournament from Bowling Green, Ky. on Friday, April 22 at noon.