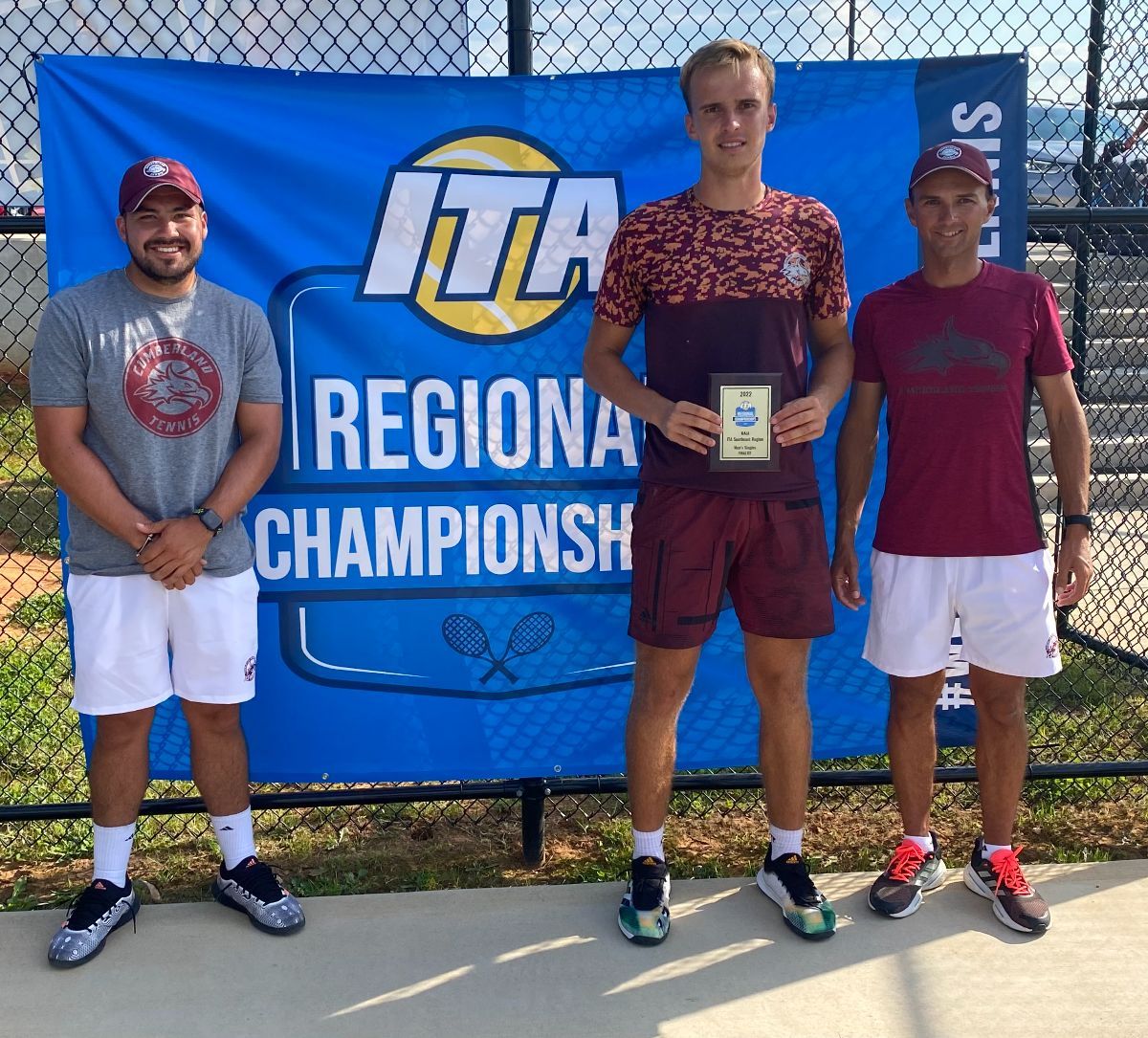 Pavel Kelo started day three by defeating Hector Ortiz from Pikeville 1-6, 6-2, 6-3 to advance to the ITA Southeast Regional finals. Unfortunately, his tournament run came to a close in the finals when he was defeated by Jan Silhavy 6-0, 6-4.

In doubles action, Adrijan Hrzic and Pavel Kelo fell in their semifinals match to Lucas Marques and Tiago Almeida from Lindsey Wilson 6-2.

Jessica Hernandez ended her run in the semis finals when she was defeated in a match against Teodora Jovic out of Union College 6-2, 6-3.

Cumberland men's and women's tennis will be back in action for the third annual Cumberland Tennis Pro-Am September 22-23rd.