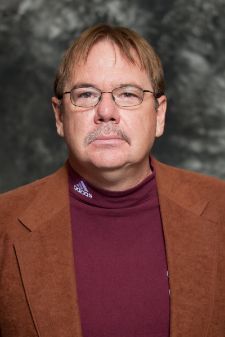 Mitch Walters begins his 33rd year at Cumberland University, serving continuously since 1987 minus one year at the University of Southern Mississippi in Hattiesburg, Miss. He has served in a number of capacities during his tenure at CU, including coaching six different sports as well as serving as the athletic department’s eligibility coordinator and overseeing the athletic training department.

Walters assumed a new title during the summer of 2009 – Assistant Athletic Director – focusing his efforts on student eligibility and retention as well as scheduling and monitoring class attendance for the more than 600 student-athletes in the Cumberland athletic department.

Many around the CU family best know Walters as the voice of Cumberland baseball, a role in which he has served for the past 22 seasons.

The Tioga, Pa., native came to Lebanon in the Fall of 1987, serving as the assistant women’s basketball coach and head softball coach for two years. He was also the head men’s soccer coach for four seasons starting in 1987.

For six years beginning in 1990, Walters served as the head women’s basketball coach, compiling an overall record of 103-76. He was voted the Coach of the Year in NAIA District XXIV and the Tennessee Collegiate Athletic Conference in 1992.

For the next five years starting in the fall of 1995, Walters was the head coach for men’s and women’s soccer.

Throughout much of his tenure at Cumberland, he taught in the School of Education as a Physical Education instructor, beginning in the spring of 1989. He gave up his duties as a professor with his promotion to Assistant AD. He was also the intramural director for the University from 1987-89 and served as the Faculty Athletic Representative for CU from 2001-09.

Walters’ one-year hiatus from Cumberland was spent as an instructor in the Coaching and Sports Administration Department at Southern Miss during the 2000-01 academic year. He also took 18 hours of doctoral classes in Human Performance, Administration and Teaching at USM from 2000-02.