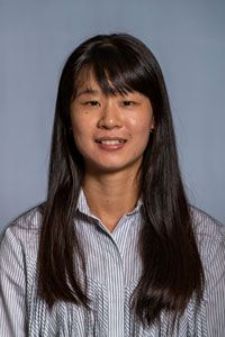 Claire Chang joins the Cumberland staff as a first year graduate assistant for the women’s tennis program after completing her career with the Murray State Racers.

The Kaohsiung, Taiwan, native ended her career at Murray with 67 combined victories, posting a 38-34 singles record and a 29-30 doubles mark.

She earned All-OVC Second Team as a freshman, finishing the year 12-13 in singles and 13-14 in doubles.

As a sophomore she was named top-10 preseason player, listed by the OVS. Chang was also name All-OVC First team collecting a 13-7 record in the singles, and a 5-8 record in doubles.

Chang as a junior, was named her second OVC top-10 player in the preseason polls. She earned All-OVC Second Team honors as she posted a 10-9 singles along with a 9-7 doubles mark.

Entering into her last season, Chang was named #3 player in the OVC conference. During her season she had recorded a 3-5 singles record, as well as, a 2-1 doubles. Chang won the #1 singles championship at the Murray State Fall Invitational.

Chang received her bachelor’s in Management in May 2019 and is currently enrolled at Cumberland to receive her MBA.