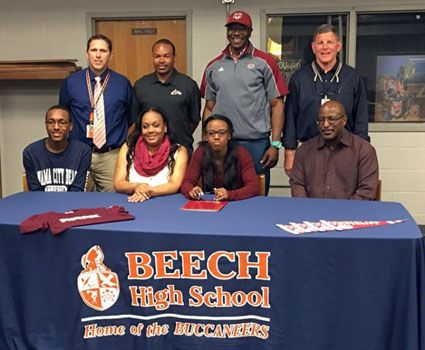 Lindsey is a four-year letterwinner at Beech High School, running sprints and relays for the Buccaneers. She finished fifth in the 100-meters and was a member of the relay squad that placed fifth at the Sumner County Meet this season.

She also earned the Most Outstanding Community Service Award at BHS in 2014 and is the daughter of Johnnie and Angela Lindsey.