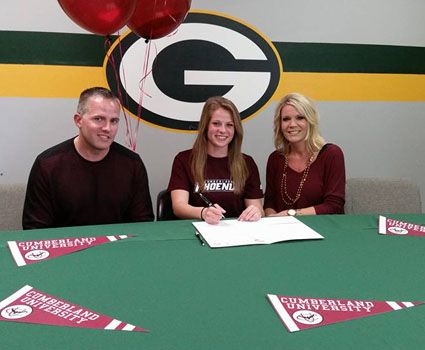 Warren was named the 2015 Sumner County Female Athlete of the Year and earned All-County honors in four events. The Gallatin High School product also garnered All-State accolades as a junior for the Green Wave.

This year Warren earned Sumner County Female Athlete of the Year accolades again and broke the Gallatin High triple jump mark with a leap of 34-6.5. She also holds personal-bests in the long jump of 16-9, the 100-meters in 12.83 and the 200-meters in 26.89.

Warren has lettered four years in track and field and one in cross country at GHS for coach Jason Frech. She is the daughter of Anthony Warren and Jessica Warren-Davis.