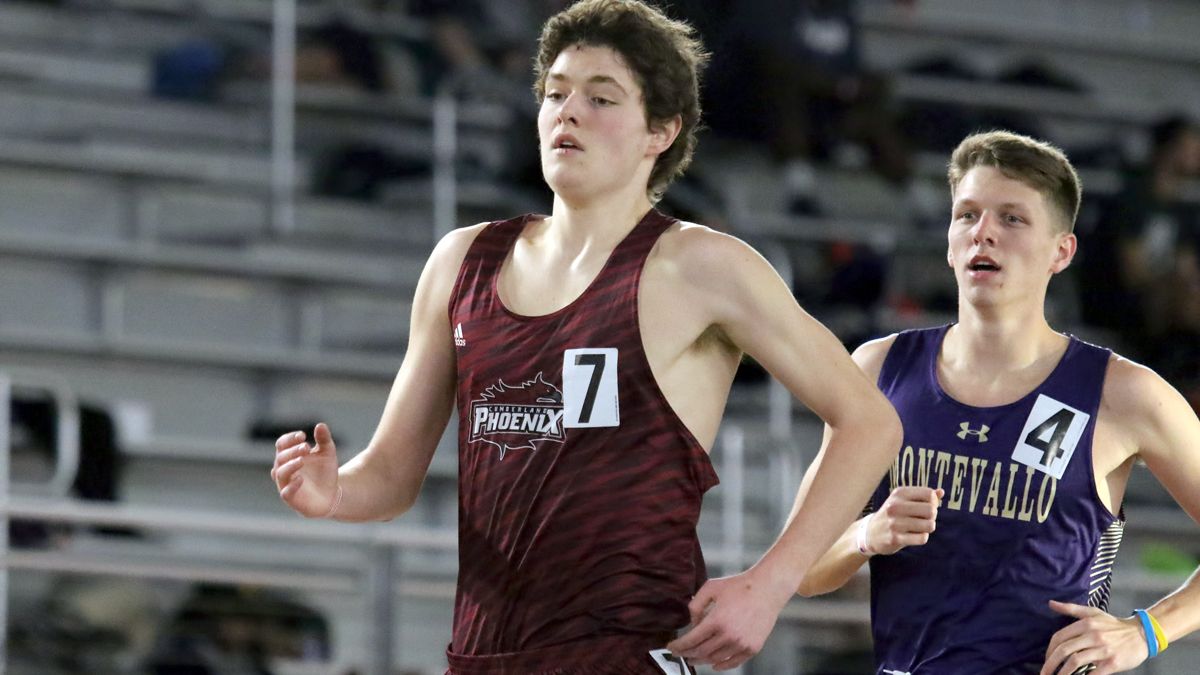 Freshman Joel Barlow on the 3,000-meters Saturday at the Buccaneer Track & Field Invitational, posting a B standard in the event for qualifying for the national championships. (Credit Michael Wade)

LEBANON, Tenn. – Freshman Joel Barlow on the 3,000-meters at the Buccaneer Track & Field Invitational in Johnson City, Tenn., and sophomore Kalea Barnett claimed third in the shot put at the Middle Tennessee Invitational in Murfreesboro, Tenn., for the Cumberland track and field teams this weekend.

The middle distance and distance runners all participated in the Buccaneer Track & Field Invitational in Johnson City, Tenn. Barlow took first place among 49 runners in the 3,000-meters on Saturday in 8:42.20, more than seven seconds faster than the next fastest competitor, which included 10 runners from Division I institutions. He met the NAIA B standard for qualifying for the national championships in early March.

Freshman Tyler Williams placed seventh in the 55-meters in 6.65 and was 12th in the 200-meters in 22.73. Sophomore Ishmael Arnold finished ninth in the 400-meters in 51.51 and freshman Parker Kuchek and sophomore Jonathan Hasselblad were eighth and ninth, respectively, in the 55-meter hurdles with times of 9.05 and 9.30.