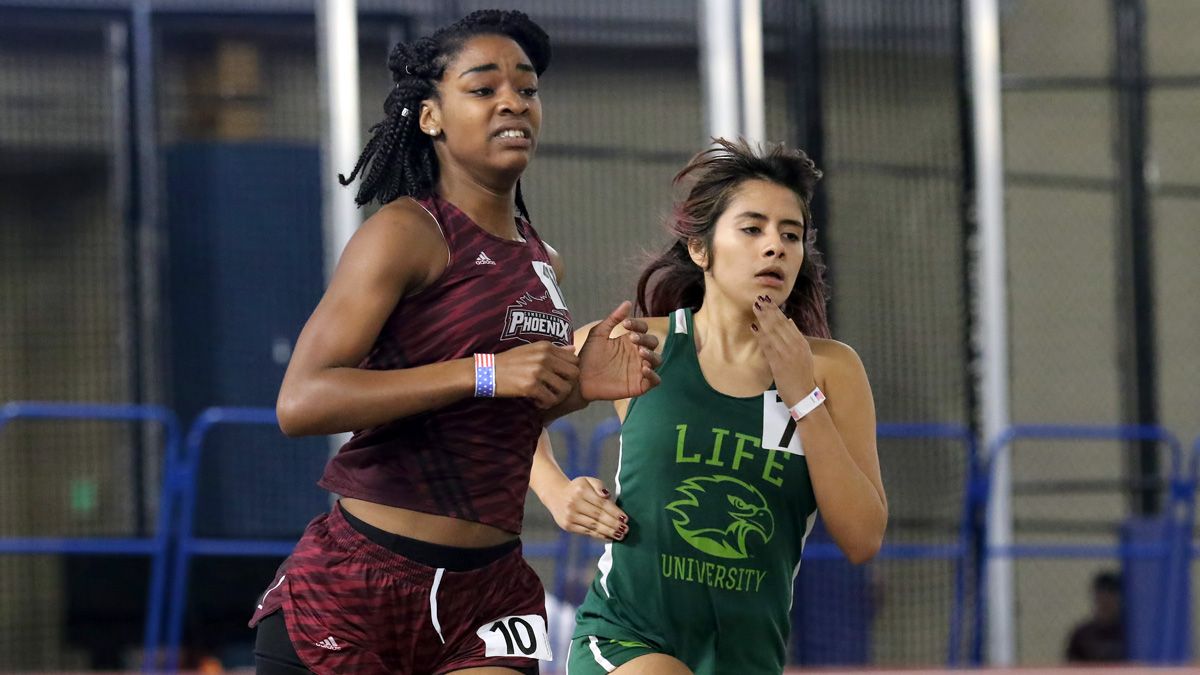 Amber Mays finished third in the 1,500 and seventh in the 800 on Wednesday at the Mid-South Conference Championships. (Credit Michael Wade Photography)

LEBANON, Tenn. – Sophomore Kalea Barnett placed second in the shot put and sophomore Amber Mays finished third in the 1,500-meters, leading the Cumberland women’s track and field team on the final day of the Mid-South Conference Championships on Tuesday in Columbia, Ky.

Cumberland finished sixth as a team with 53 points. Lindsey Wilson won the women’s title, followed by the University of the Cumberlands.

Barnett was second in the shot put with a mark of 41-9.75, her best showing over the three-day event after placing fourth in the hammer throw and sixth in the discus.

Sophomore Alyssa Gibson also picked up points for Cumberland in a pair of running events, taking fourth in the 100-meters in 12.80 and fifth in the 200-meters in 27.37.