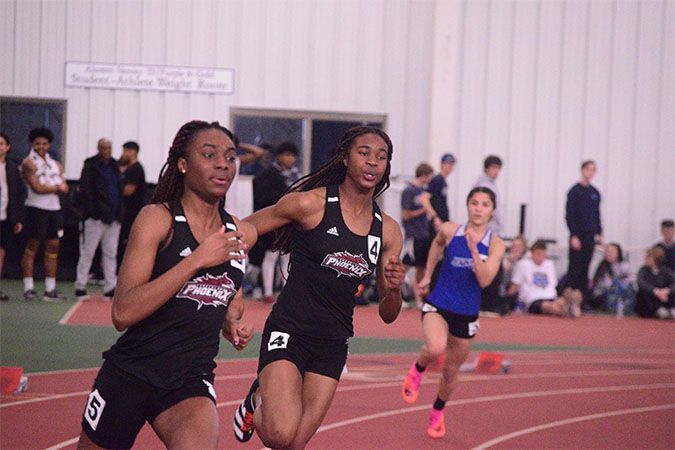 DEFIANCE, Ohio- The Cumberland Women’s Track and Field placed 2nd with 158 points, in the Mid-South Conference Championship this weekend in Defiance, Ohio.

Kanellar Carney had a very productive day for the Phoenix as she was able to place 1st in the High Jump with a distance of 1.65 meters. She continued to follow that performance, as she placed 2nd in the 60 meter hurdles, and 3rd in the Long jump with a time of 9.06, and a distance of 5.38 meters.

Omolato Omosola finished 2nd in the long jump by recording a jump of 5.43 meters. Kalea Barnett was able to finish in the top three, as she placed 3rd in the Weight Throw competition with a throw of 15.87 meters.

The Phoenix were able to record their second 1st place finish as the Women’s 4x800 team, which consisted of Victoria Reales Pruano, Sarah Sneed, Aleksandra Petrova, and Abigayle Gawthorp finished the race with a time of 10:17.70. The Women’s 4x400 team was able to finish 2nd with a time of 4:01.09, as it consist of Johanna Bangala, Maria Bangala, Kanellar Carney, and Faith Wilson.

Cumberland will be competing in the NAIA National Championship the weekend of March 5-7th in Brookings, SD.