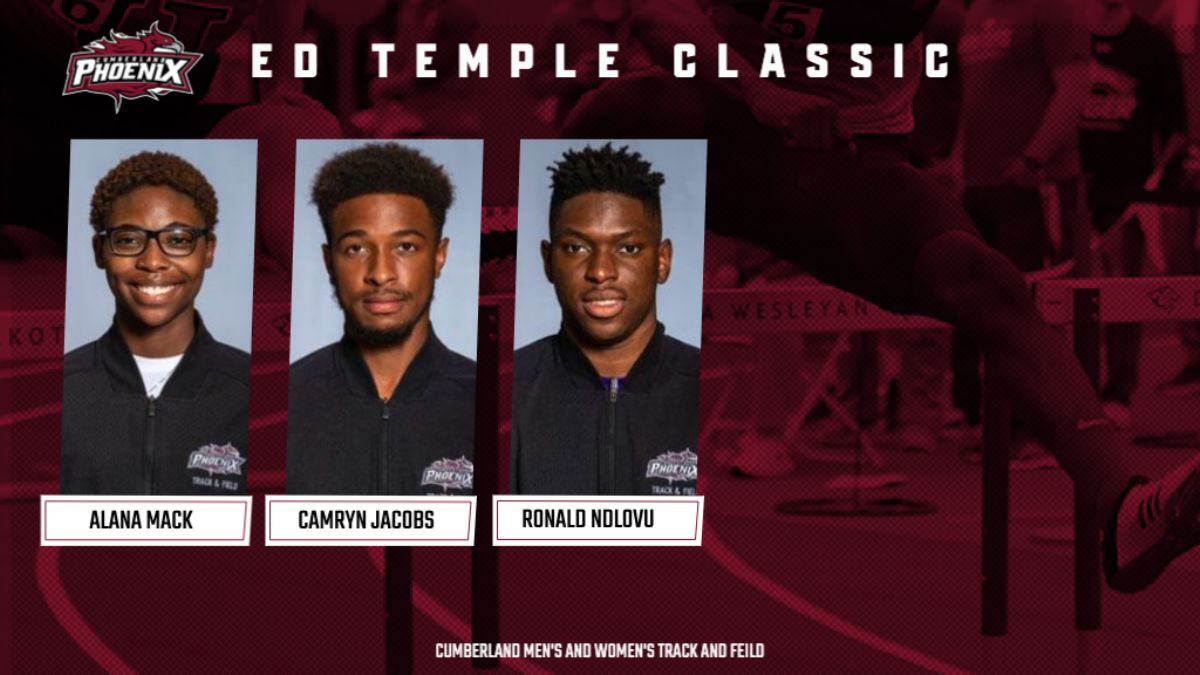 NASHVILLE, Tenn. – On Sunday at the Ed Temple Invitational in Nashville, the Cumberland University track and field team enjoyed three event victories with the men's 4x400 meter team taking first and Camryn Jacobs and Terrance Harris winning the shot put and weight throw and Ronald Ndlovu qualified for the NAIA Indoor National Championships with "A" standards in the long jump.

The first indoor meet of the 2022 season caught off to a strong start with the 4x400 meter team of Donte Bertrand, Sibande Dumoluhle, Tobi Oniyide, and Trevon Sanders bested Austin Peay and Tennessee State's teams with a time of 3:32.14.

Camyrn Jacobs picked up his first victory as a senior in the shot put with a mark of 10.37 meters beating out his teammates of Renaldo Sevoury and Harris who finished in second and third.

Harris, a freshman from Wilson Central High School, claimed his first victory in his collegiate career in the weight throw with a heave of 11.04 meter on his second attempt. Ndlovu finished second in the long jump, but qualified with "A" standards to the NAIA National Championships for a mark of 7.14 meters, 7.10m was the qualifying mark to beat.

Renaldo Savoury placed third in the high jump finishing with 1.88 meters or 6 feet and two inches.

On the women's side, Alaina Mack took second-place in the 55 meter dash posting a time of 7.34 seconds. She also finished in third in the long jump with a best mark of 5.27 meters.

Sabrina Anderson took sixth place in the 800 meter finals and Hailee Servais finished in 13th in the 200 meters.

The Phoenix men's and women's track and field team will be in action next at the ETSU Track & Field Invite on January 15-16 in Johnson City, Tenn.