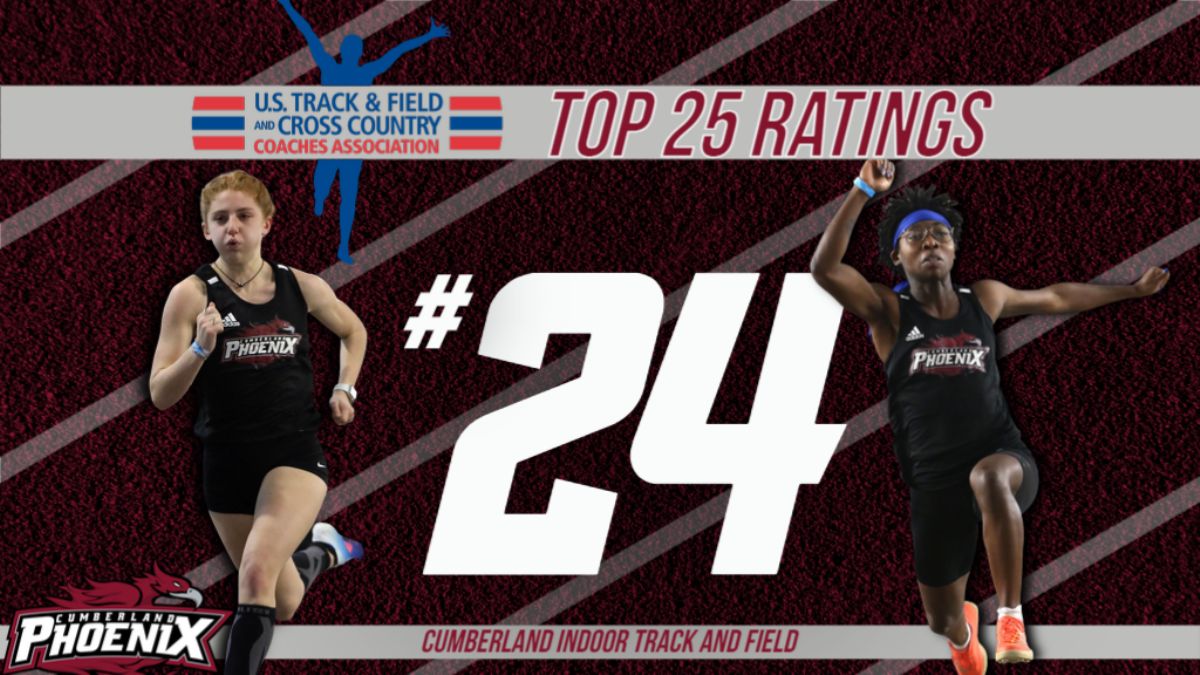 The Phoenix received 52.11 points in the third ratings of the 2021-22 campaign. Cumberland has three NAIA automatic qualifying marks this season, all by Praise Idamadudu (60m, 200m, and 400m).

Alana Mack previously won the Women's MSC Track Athlete of the Week the week of January 10 for her efforts in the 55m dash and the long jump.

The fourth edition of the USTFCCCA National Rating Index will be released on February 16.