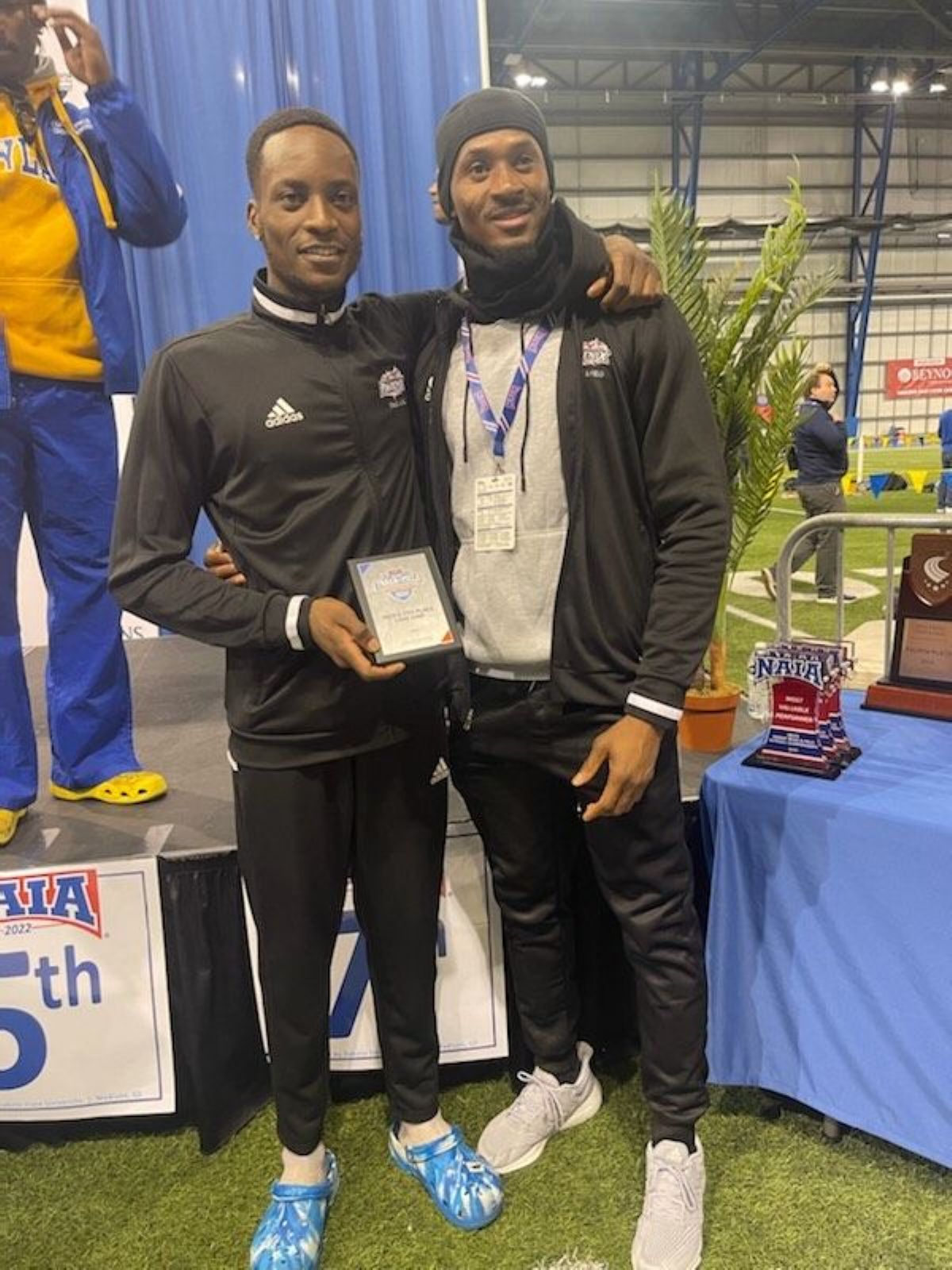 Dumoluhle became the first NAIA Indoor Track & Field All-American of the 2022 Indoor season after a seventh place finish in the long jump. His best jump came on his final attempt measuring 7.23 meters for seventh place.

Praise Idamadudu continues to shine on the national set claiming the top qualifying spot in both the 200m dash and the 400m. Idamadudu posted a 23.62 in the 200m, 0.01 seconds off her season-best time, and notched a 53.72 in the 400m. She will go for All-American and National Champion honors tomorrow in both events.

Georget Pontillo took the sixth-best time at the prelims in the 800m to qualify for Saturday's finals. He ran a season-best 1:54.89 and will be going for back-to-back All-American honors and a national championship as well.

Trevon Sanders finished in first in the prelims in the 600m, but unfortunately was disqualified from the event taking him out of the finals race tomorrow.

Dumoluhle finishes 32nd in the 60m hurdles prelims with a time of 8.55. He did not qualify for the finals in the event tomorrow.

The triple jump event for Dumoluhle will take place tomorrow at 1:30 p.m.