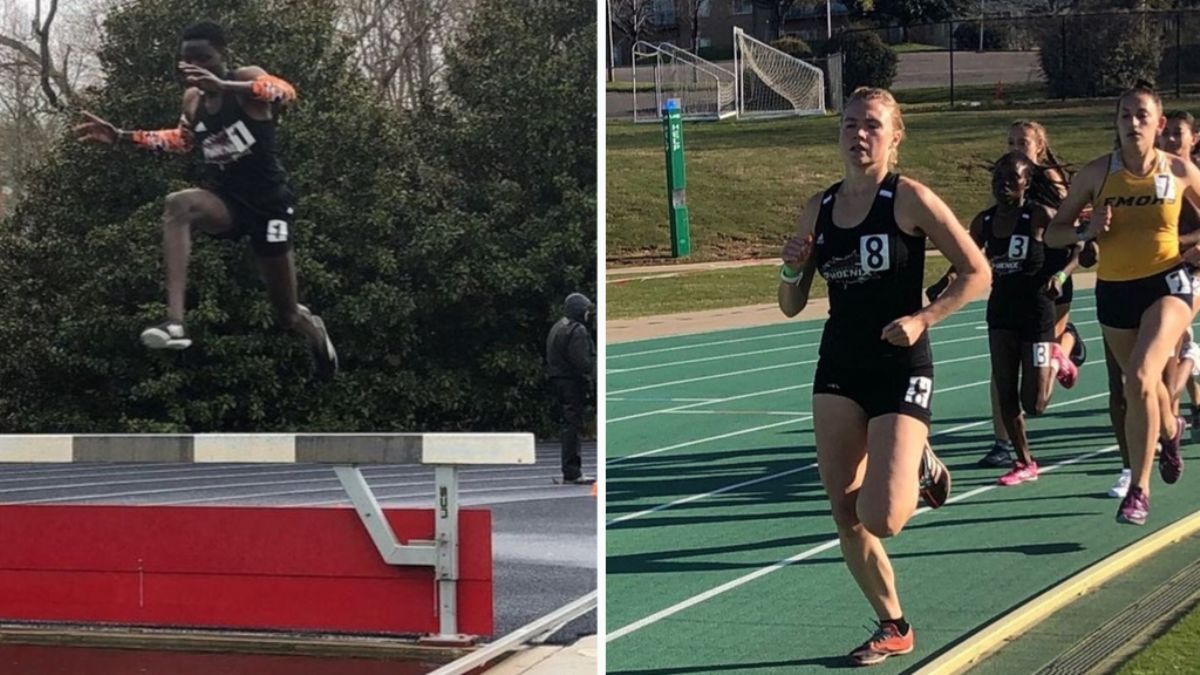 Dani Rivera took second place overall in the women’s steeplechase. She crossed the line in 12:16, first out of Mid-South Conference competitors, racing in sleeting rain and strong winds.

Denis Kiplagat claimed first place overall with a time of 9:58 in the men’s steeplechase, crossing the line a full 27 seconds ahead of his closest competition.

Sasha Petrova won the women’s 10k race with a time of 39:58 setting a PR and a new school record. She was followed by Mercy Kibiwott, finishing in second place with a time of 40:51 in her debut in this distance.

Fighting freezing rain that developed, in the Mens race Ethan Rhoden edged out Aidan Crockett near the finish crossing the line in 4th place (26:43) and 5th place (26:48) respectively.

Despite only competing in distance events, the Phoenix posted solid team scores. The men took eighth place out of 20 teams and the women finished ninth out of 19.

The Cumberland track teams are scheduled to compete at the Kennesaw State Invite next Friday and Saturday in Kennesaw, Georgia.