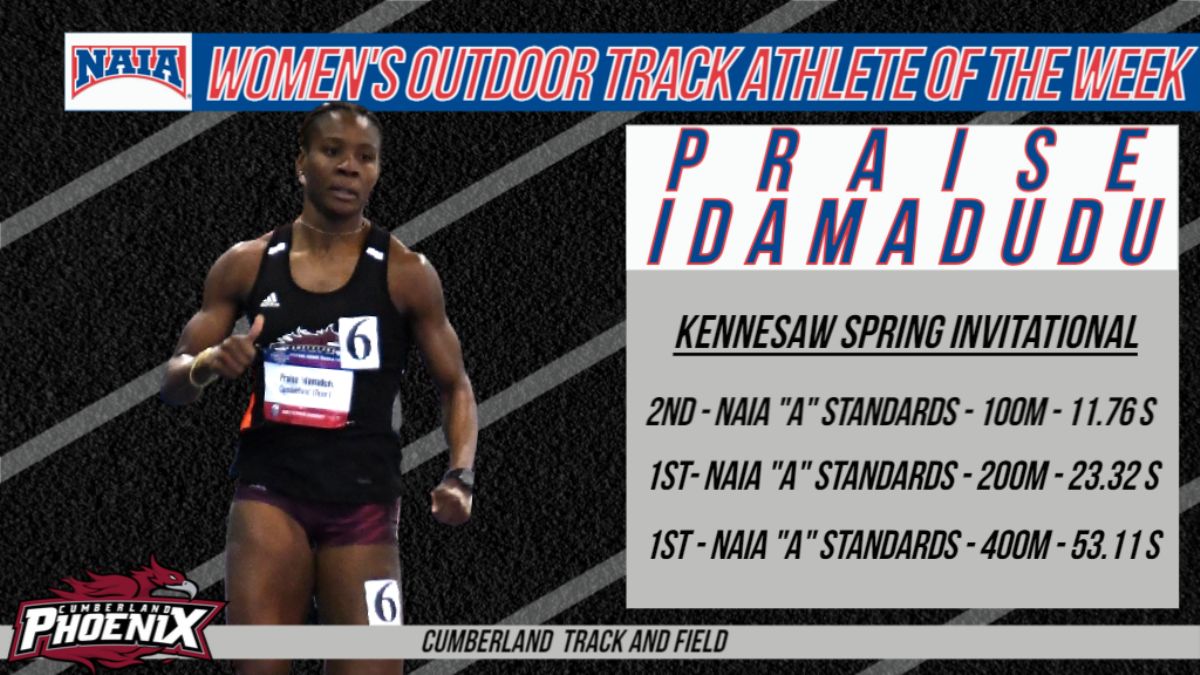 LEBANON, Tenn.--Praise Idamadudu was named the NAIA Women's Outdoor Track Athlete of the Week for the second time this season, released by conference officials on Monday.

Idamadudu also finished second in the 100m dash with a time of 11.76s which is the third-fastest time in the NAIA. The first place winner in the 100m dash was Imani-Lara Lansiquot who is an olympic bronze medalist.

All the marks she had at the Kennesaw State Invitational qualified her for the NAIA National Championships with "A" standards.

This is the second time in the outdoor season that she has been named NAIA Track Athlete of the Week. She was also earned the honor one time during the Indoor Season.