Women's Track & Field in Fifth after Day One of MSC Championships 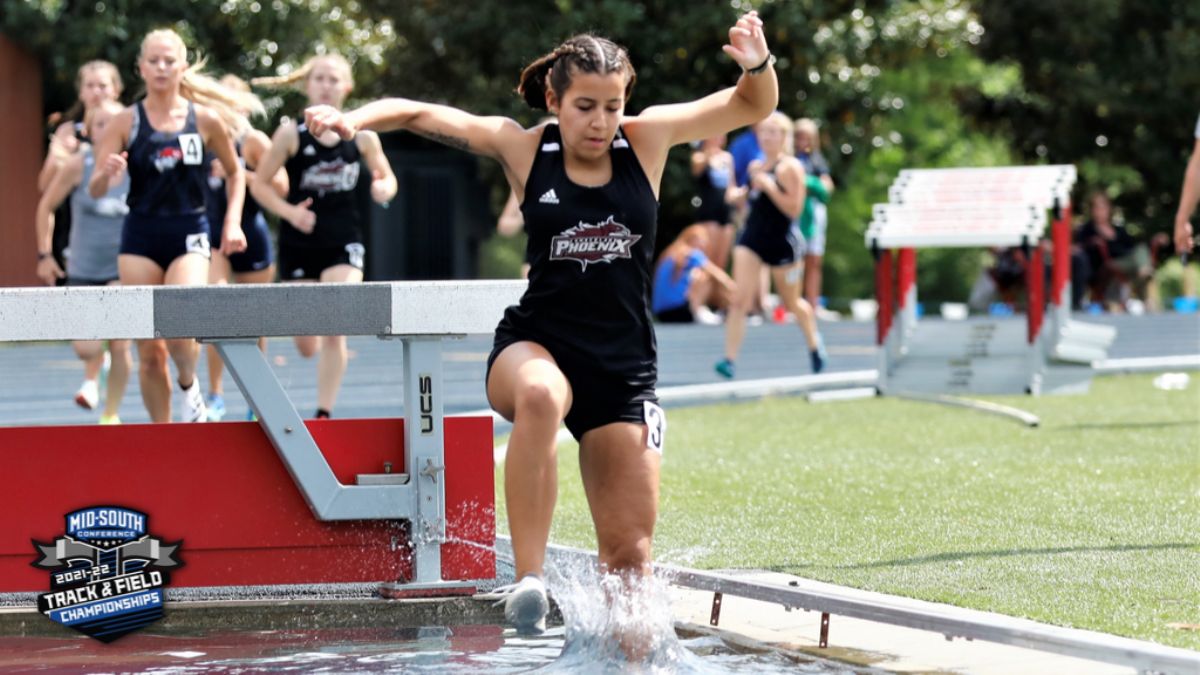 Seven events were completed today while four prelim events took place. The Phoenix saw two Top-3 finishes in the events that were completed on day one. Lindsey Wilson and the University of the Cumberlands are tied for first place with 50 points. Campbellsville is in third with 48 and Life is in fourth with 46 points.

Mercy Kibiwott had the highest finish of the day taking second place in the 10000m. She finished with a time of 41:44.94. Sasha Petrova took fifth in the event to give Cumberland four points with a time of 42:55.77.

Dani Rivera claimed a third-place finish in the 3000m steeplechase with a time of 12:13.03. Elise Krone also competed in the event taking seventh place at 12:43.30 to earn two points for the Phoenix.

Alana Mack took fifth place in the long jump to give CU four points. Her best jump came in her second to last attempt at 5.11m. N'Dia Metcalf finished the event in 10th at 4.86m.

Praise Idamadudu took two first-place qualifying times in the 200m and 400m prelim events. In the 400m, she ran in heat two and crossed the line with a time of 54.89. In the 200m, she set the conference record and the facility record while breaking the fastest time in the NAIA, which she previously held, at 22.96.

Mack qualified for the 100m finals tomorrow posting the seventh-best time at 12.19.

Tomorrow's events are scheduled to be live-streamed at www.cumberlandspatriots.com starting with the racewalk event at 8:45 a.m. central time.